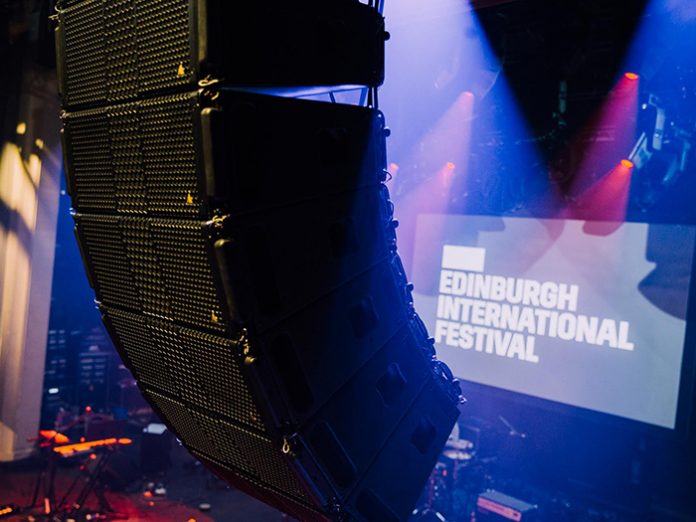 The Warehouse concluded a successful Edinburgh International Festival having provided advanced audio solutions for the spectacular opening and closing events and many shows in-between.

In 2018, The Warehouse also became an audio partner for the innovative Light on Shore with Edinburgh Gin Seaside season with loudspeaker brand Adamson.

Celebrating the creativity, originality and international impact of Scottish popular music, Light on Shore featured 16 events across 14 nights, running throughout August at Leith Theatre. Closed for almost 30 years, the International Festival welcomed audiences to this unique venue, situated in one of Edinburgh’s most vibrant and creative districts.

The monitor system comprised of 12 X Adamson M15 wedge monitors powered by Lab Gruppen PLM12K44 amplifiers. Most of the shows were mixed via Yamaha CL5 and Midas Pro 2 front of house desks and AKG, DPA, Sennheiser, Shure and Neumann microphones were used for speech and vocals.

From punk to post-punk, new wave to no wave, alt-folk to pop-folk, and ambient electronica to techno, this truly eclectic season was driven by some of Scotland’s most innovative artists, curators and promoters.

There were also series of specially curated nights by Scottish festivals and promoters including Hidden Door and Celtic Connections. Essential, groundbreaking works by Boards of Canada, Anna Meredith were reimagined for orchestral forces and promoters and collectives shaped unforgettable nights matching the well-loved and the yet to be discovered.

Derek Blair, director The Warehouse commented: “It was a real privilege to partner such as cutting-edge season of shows in such an amazing venue and to work alongside John Robb, Murray Boyd and Tom Zwitserlood from the Edinburgh International Festival. The Adamson system was very well received by the Front of House Engineers, tour managers and artists, we had some very nice comments about how well the system performed while being used by a very diverse range of acts.