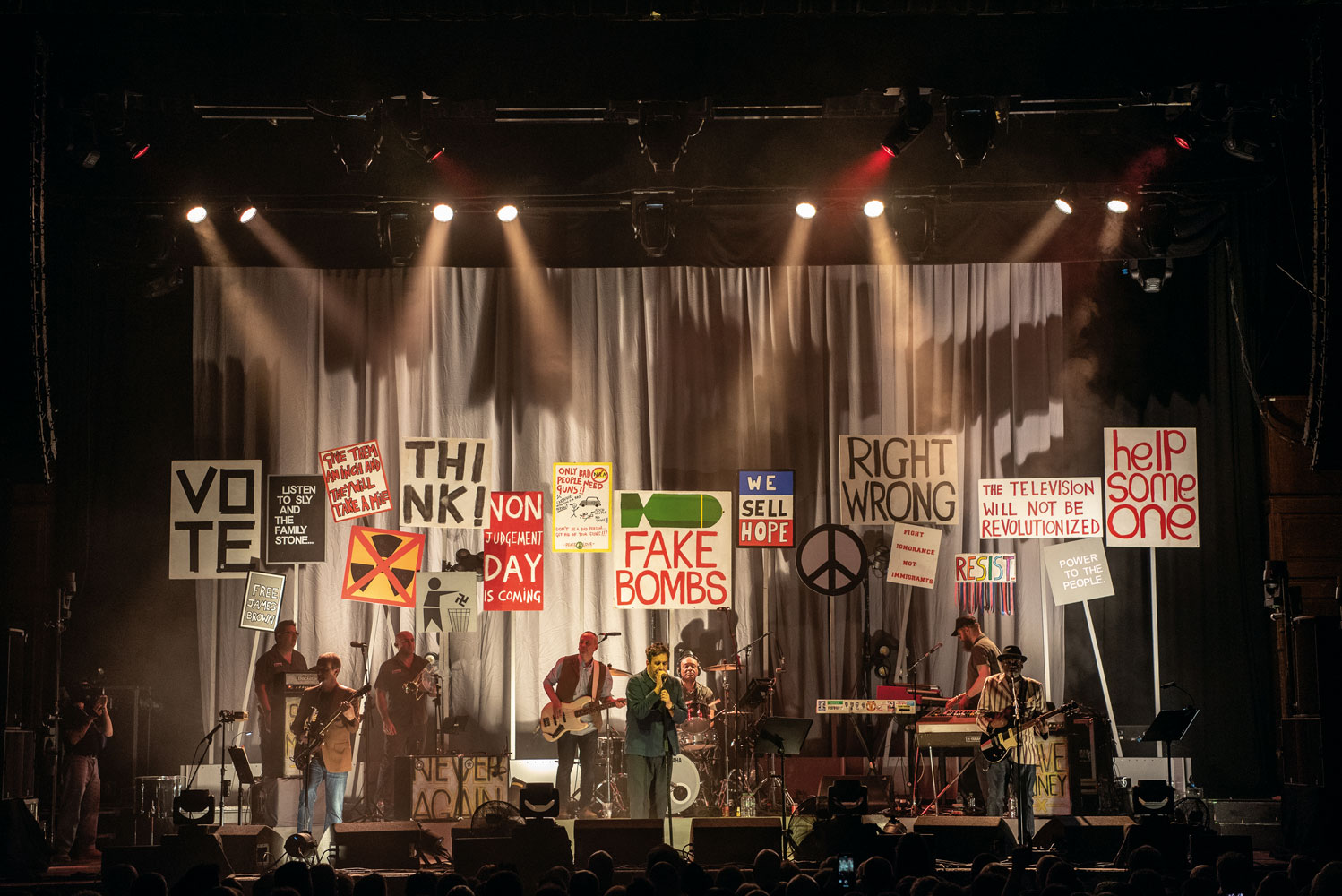 In an age of discontent, The Specials would be forgiven for resting on their veteran ska rooted laurels, and peddling tried and tested 40th-anniversary touring conventions. However, they are far from a revival act. The band’s latest genre-spanning record, Encore, is the group’s first new material with vocalist Terry Hall since 1981’s anthemic Ghost Town
single. The album marks a welcome return to the public consciousness, addressing Brexit, austerity, Black Lives Matter and mental health – crafted with the panache and signature rock steady beats synonymous with the Coventry outfit. The live offering also featured a DJ set by Saffiyah Khan, an activist famed for a viral photo of her standing up to the EDL while wearing a The Specials T-shirt – and now has a significant track on the band’s new album, 10 Commandments.