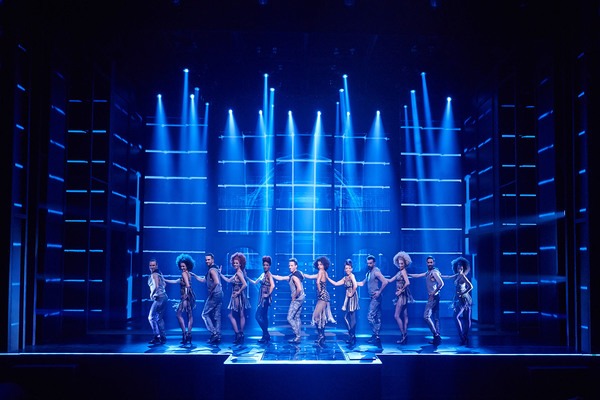 Peumans was integral to the original Dutch production’s creative team, who commissioned to bring their style and magic back to the show in the vibrant Spanish capital. Including, Carla Janssen Hofelt, who is responsible for the impressive automated video set featuring content produced by Ad de Haan. “It was great to be back working with everyone again and enjoy the synergy we all shared on the original production,” commented Peumans.

The Mythos 2s replaced the original Mythos fixtures used in an earlier performance in Utrecht, the Netherlands. Ten Mythos 2s are rigged on the 5 screens, which move up and down stage, and while 25 Vari*Lite 3500 Q Spots are distributed around the FOH bars, side ladders and an advance truss which hosts most of the key lighting.

Thirty-six CP Sharpie Wash 330s were also used, including 5 rigged on the moving screens below the Mythos 2s, with the rest dotted around on the booms and side ladders. Twenty-four Chauvet ColoRADO Solo 3 LED PARs are tucked behind the moving screens in a boom-like arrangement, with 12 other LED PARs on the booms for cross lighting, and 38 carefully positioned ETC Source Four profiles, 22 fitted with Wybron Coloram scrollers.

Effects lighting includes a pair of Martin Atomic 3000 strobes and 6 Robe Cyclone fans with LED ring which appear in the opening concert scene, built into the stage deck, rising up on little elevators. Eleven Chauvet Professional Geyser vertical foggers are also concealed in the decking.

The impressive target-shaped set piece that flies in during the first number – with lead character Rachael Marron strapped to the centre – features 77 metres of DigiFlex pixel strip. The lighting inventory is completed with 2 Robert Juliat Merlin follow spots. Peumans asked Amsterdam based Invent Design to build some custom PAR 16 ‘Birdies’ for the Dutch production, which are fitted with Cree 6W multi-chip LED modules, and the company also made assorted LED specials for the set staircases and proscenium show portal.

The light show was transferred from the original grandMA 1 console show file to a grandMA2 full size, while the cues are triggered by timecode from the band’s Managing Director.