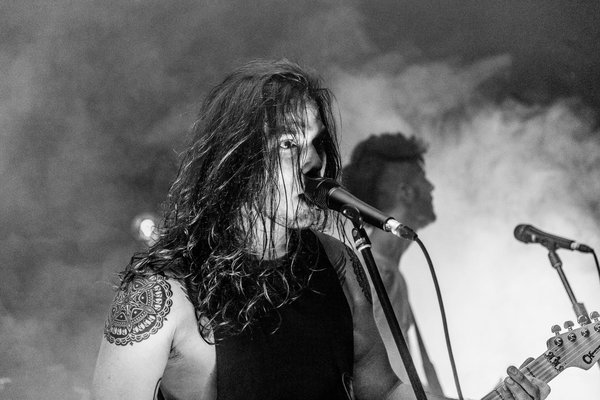 Thrash metal band, Teronation, have turned to the sound of DPA’s microphones, usually desired by classical and contemporary performers for their 2017 tour.

The Swiss-based band is among the latest thrash metal artists to discover the so-called benefits of DPA’s fixtures. Curdin Bisaz, Head of Bisaz SoundSupport, has handled tour management and FOH duties for Teronation since the beginning of 2017, and was responsible for introducing DPA microphones into their live sound arsenal.

Bisaz, Technical Director at Z-Audio, and one of two DPA distributors in Switzerland, said: “I’ve been using DPA microphones on tour for some time and have yet to find a sound source or a place that they can’t adequately handle. For Teronation, I used a d:vote 4099 Lo Sens Instrument Microphone on rack toms and was stunned by its dynamic range, unobtrusiveness and off axis rejection. As microphone positioning is absolutely crucial to me, I also used a d:vote 4099 Lo Sens on snare bottom and it was pure joy to get exactly the sound I wanted at the very precise position I needed it to be. Another 4099 Lo Sens was used on underhead where its full range linearity came into play.”

Founded in 2015 by lead guitarist Michael Arnold and lead vocalist and rhythm guitarist Siro Giger, Teronation released their debut album, Your Life Your Death, in 2015 and have played in a large variety of locations. On advice from Bisaz they are now using a d:facto 4018V Vocal Microphone on lead vocals.

“There is an overwhelming unison, throughout the band, that the d:facto’s natural response, gain before feedback, off axis rejection and only very subtle proximity effect is unmatched and absolutely paramount.

“These uncompromising, state of the art microphones make my job as an FOH engineer easier and more exciting than ever,” he says. “What amazes me most is the relatively small variety of different capsule models that can, when combined with the matching accessories, clips and cables, be used for just about anything, even underwater recording!,” Bisaz explained.