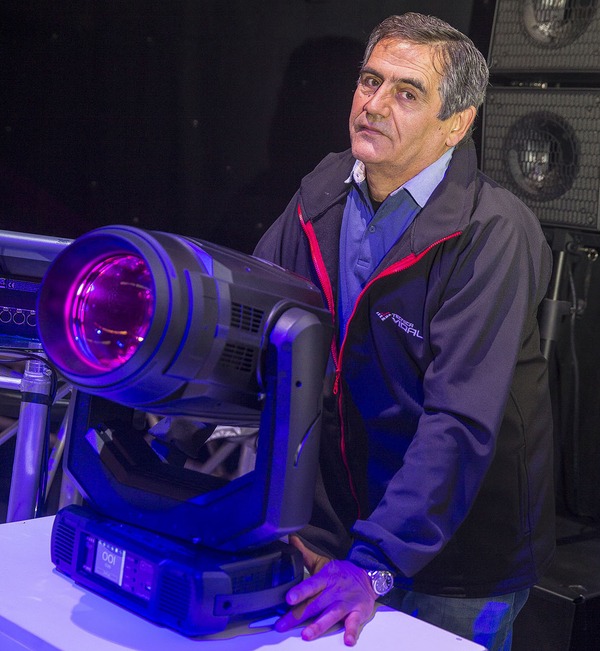 Tecnica Vidal, the largest rental and production company in west Argentina, founded by Miguel Vidal in the 1980s, has announced a further Robe investment, following the company’s first purchase in 2011.

Vidal invested when TSD Group became a valued part of Robe, with the professional relationship between TSD and COO Daniel Lema spanning back to the 1990s. The first Robe purchase included MMX Spots, and he now has close to 150 fixtures in rental stock, the most recent purchases being 36 Robe BMFL WashBeams and 24 Robe Spiiders, Pointes, LEDWash 600s and LEDForce 18 Robe PARs.

The new Robe BMFL WashBeams and Spiiders immediately went out on a number of different shows including concerts in the west of the country by Italian superstar Zucchero, UK rockers The Cult and Colombian singer Maluma, which Tecnica Vidal were appointed as the technical supplier.

Vidal witnessed the Robe BMFL in action on the famous Mendoza National Grape Harvest Festival 2 years ago and was blown-away with its power and features. His general impression of Robe, having witnessed the brand evolve over the last 6 years, is that it’s a brand “with very strong growth in the market and with the savvy and foresight to be positioning itself for the future” when, he believes, it will continue to be an “industry leader.

Upon visiting Robe’s HQ in the Czech Republic and was “massively impressed” with the set up and operation and the community and commitment that Robe has built in Valašské Meziříčí.