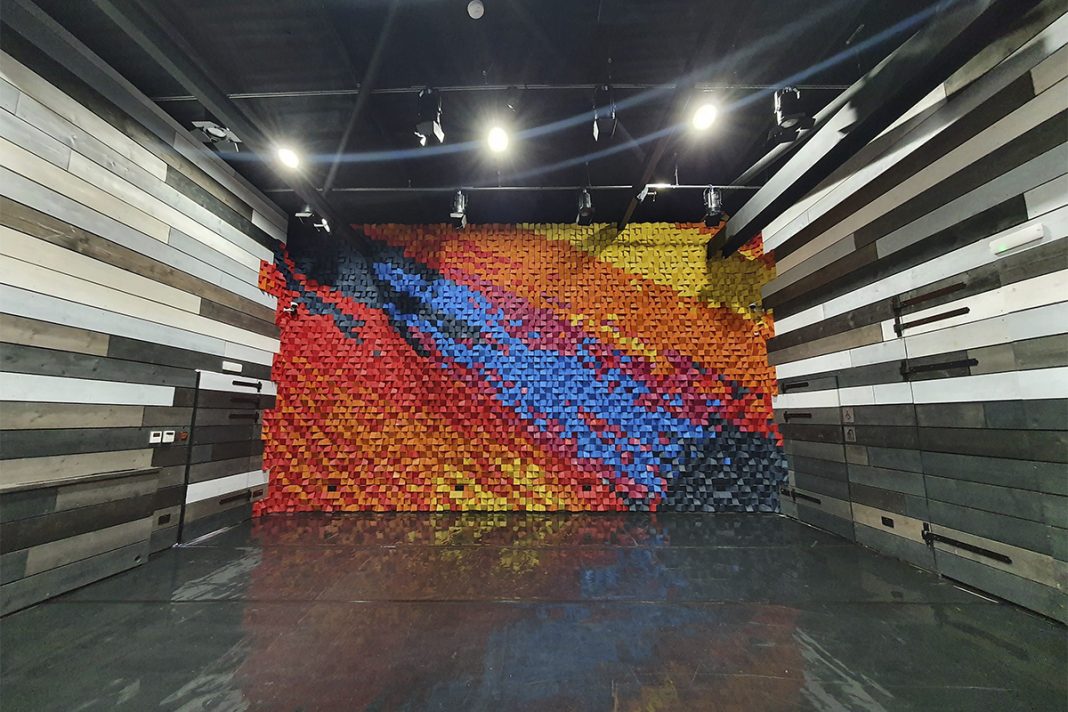 Since last year, we have seen many rental houses turn their warehouses and buildings into multiuse performance spaces as the demand for streaming studios rose sharply. One company that has taken this idea a step further is Subfrantic, which this month officially opened its brand new rehearsal facility, situated right next to its Bromley warehouse.

According to MD Stephen Davies, the idea to move into the rehearsal studio market dates back further than COVID-19. “Even when I was in a band years ago, I had this idea of owning a rehearsal facility,” he stated. “But without a way of making it financially viable, the concept has been on the backburner for decades.”

Over the years, the Subfrantic team has toyed with the idea of inviting bands to its Bromley HQ, even setting up a black box in the entrance to the warehouse for bands to rehearse and take promo photos at one point. Of course, with the facility hindering access to the warehouse, it was hardly a long-term solution. However, when the building next door to Subfrantic suddenly became available, the idea of a high-end rehearsal facility became a much more realistic proposition.

With work starting in 2019, progression on this new arm of the business inevitably hit a stumbling block from March 2020. However by July 2021 the team was finally ready to open its doors. The new space comes complete with a recording studio, two mixing control rooms, a large practice room, spacious green room, a streaming hub and a large rehearsal room.

“Although COVID-19 slowed down the opening and created a more challenging project with a lot of our income slowing due to the lack of shows, it presented an advantage that our whole team were able to throw themselves into this space,” stated Davies. “We’ve had friends and family come down and help make this space a reality and, as a result, it feels much more personal.”

When asked what the goal is for the new venture, Davies explained that it was all about making a space where people could be comfortable and creative – not just for the artists but their technical crew as well.

“My background is as a sound engineer, so I know we’ve all been there when you sometimes dread going into a rehearsal facility. You’re often using ex-rental equipment and they are not always the best places to relax.”

The Subfrantic team has taken a very different approach. For starters, Davies explained how before an artist comes to the facility, the simple question of ‘what do you need?’ is asked.

“We’re more than happy to utilise our rental equipment to ensure the incoming artist and crew have the best possible experience in the facility,” he elaborated. “We’ve thought about what a touring party might want when they come into our space and have installed certain amenities such as a good quality shower and clothes washing facilities.”

Davies also explained how one of Subfrantic’s biggest assets is its location. “I had one client who stopped me after I said we had ample free parking,” he laughed. “He didn’t want to hear any more after that and was sold on the concept. It’s a real problem for many artists and crew who pay extraordinary prices to travel and park in central London. Also, the fact we are further out of the city means it’s a nicer setting for crew to relax.”

Rather than simply an additional space in which to offer rehearsals, Subfrantic’s new offering provides bands a turnkey solution for tour preparation. Along with a space for production rehearsals, it also has a large band room and two recording studios. Subfrantic has also invested heavily in streaming technology; with an in-house control room, bands are able to stream and record performances from the company’s HQ. The investment in equipment also means the rental house has yet another offering for customers out on site.

“There has been a lot of talk about hybrid events recently and I believe they have a future on a number of levels,” Davies shared. “There has always been an issue of accessibility with live events with people who are unable to attend due to physical reasons, or perhaps who struggle being in big crowds. Having a streaming offering at events means we have the option of providing greater accessibility to artists and, on the flipside, they can increase their reach to a wider audience.”

With the facility up and running, Subfrantic invited the industry to see the space. Attendees included artists, representatives from manufacturers including DiGiCo and Avolites, along with several rental houses.

To close, TPi asked Davies what it had been like to host one of the first industry gatherings since March 2020. “We as a team thought long and hard about if we were going to do the event, but fairly quickly it became clear that we had to,” he said bluntly. “We are an industry that relies on people being brave enough to come out in groups so we have to be able to do the same. We were sensible and didn’t invite hundreds of people, but during my welcome speech it was great to see our green room comfortably full of guests, all overjoyed to simply be in the presence of other humans.”

Since the opening party, the studio has already been used by several bands prepping for shows and Davies has received plenty of interest from productions looking to book some time in the new space.