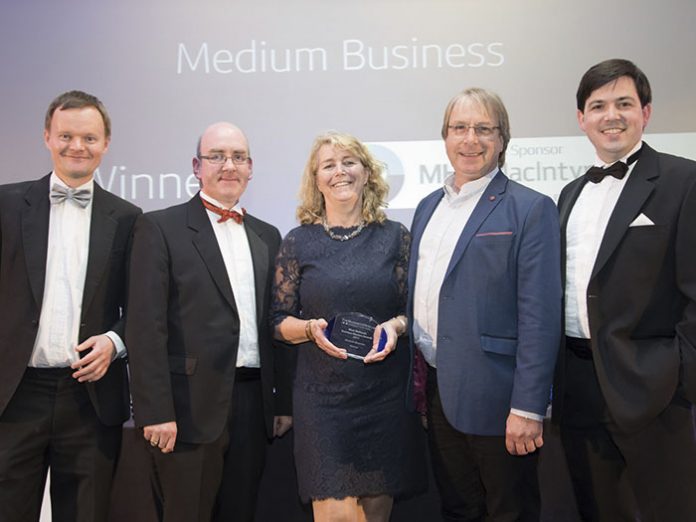 Redditch based SSE Audio Group has won the Medium Business Award at the annual West Midlands Business Awards ceremony held at Edgbaston Stadium in Birmingham. The contribution made by firms in the West Midlands towards boosting the region’s economy was recognised at the Business Masters awards. Almost 200 guests attended a ceremony at Edgbaston Stadium to see the firms and individuals honoured for its efforts. SSE Audio Group provides services to the live events industry. Established in 1976 for sound equipment hire and sales, SSE is now the largest UK supplier in this sector with offices in Redditch, London and Heywood, Manchester.

SSE Audio was the winner in the Medium Business Section of the Business Master Awards for companies employing between 50 and 250 people. Group Directors John and Heather Penn picked up the award on the night, which was sponsored by MHA Bloomer Heaven Accountants.

SSE MD John Penn: “It’s a great honour for us to have won this award against some stiff competition. For SSE to have achieved this after our success last year at the Entrepreneur of the Year Awards is further recognition of how far we have come as a company. The world of rock and roll is now being recognised as the serious professional operation it is, making a significant contribution to the economy at a regional and national level.”