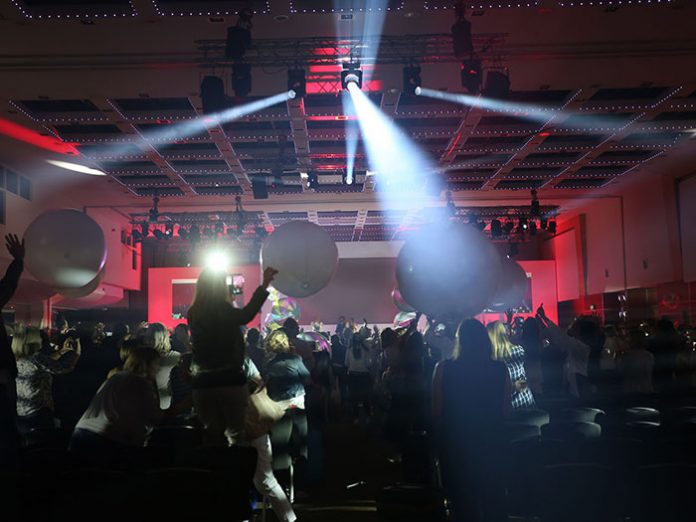 Robe’s new Spikie fixtures made their UK debut on a lighting rig designed by Paul Griffiths of Firebird Events for a UK sales conference staged in the Champagne Suite at the Novotel West London.

A total of 24 Spikies were installed by Firebird Events, the three-day event’s technical solutions provider in the suite which served as the main plenary area.

The sales conference saw many of this season’s new products introduced to the sales force, as well as a series of awards being handed out to the last year’s highest achievers and top sellers.

The stage was built at one end of the room, with a central projection screen upstage.

Paul was extremely keen to get his hands on the Spikies following their launch at Prolight + Sound in Frankfurt earlier in the year.

On the rig above the stage were six of Robe’s 600E Spots, with another six around the perimeter of the room on plinths so they could fill the room with colour and effects.

Six of the 24 Spikies were on the stage deck at the back and the other 18 distributed on four overhead trusses – two of which were over the stage and two in the middle of the room above the audience.

Firebird Events is based in Farnborough, Hampshire and designs and supplies technical production and expertise to over 1,700 events a year throughout the UK and internationally.