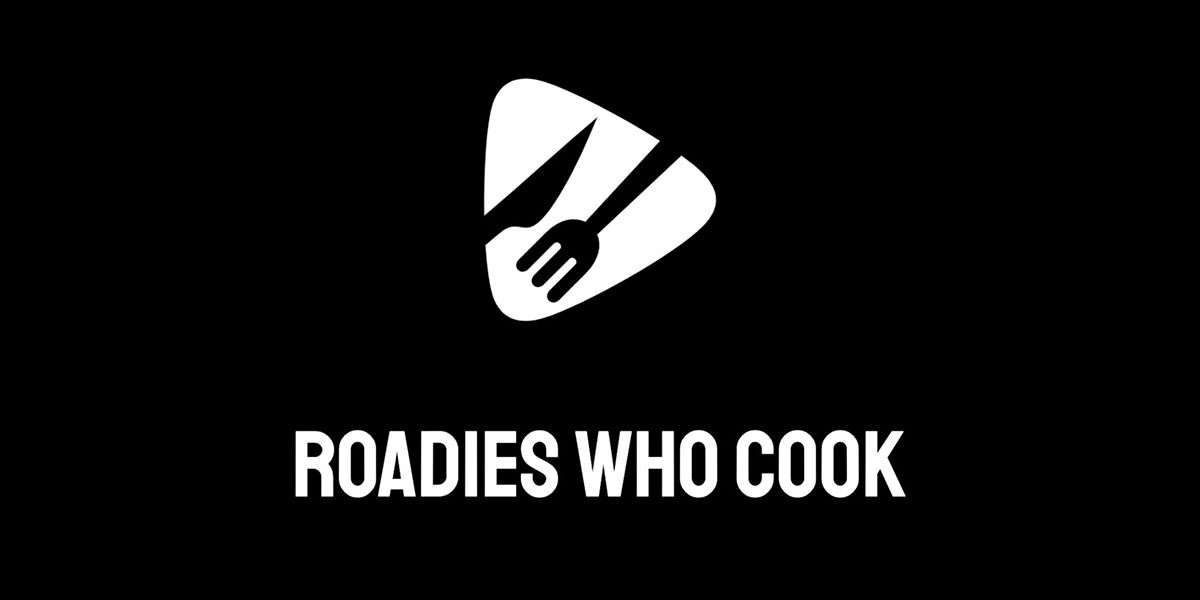 The photos, which Hurle shares on the Instagram account @roadies_who_cook, have accumulated over 500 followers at the time of writing and feature dishes shared by the touring community, as well as culinary challenges and in-depth features. Hurle digitally curates their culinary exploits not only in order to share the talents of all the road crew from around the world, but to show off their culinary skills. And with over a decade of experience in the industry, who better to share positive news, than a fellow roadie…

Where were you before the lockdown came into force?

DAVE is mainly involved in corporate AV projects, a range of Monster Energy tours, as well as working with Hilltop Hoods – one of the biggest hip-hop groups in the company’s portfolio. We did a run of arenas late last year. Coincidentally, we also do a lot of food-related gigs, including Meatstock – a music and BBQ festival in Melbourne, with 200 to 300 BBQ teams involved, as well as an expo area featuring the famous Butcher Wars battle, a huge live stage for all the punters to check out.

What was your reaction to the widespread cancellations of gigs and festivals?

Following the news of Formula 1’s Australian Grand Prix cancellation, everything was gone, including my last gig, Meatstock. It was a bit of a shock to our small business. However, there’s not much we can do when everyone’s in the same boat.

ROADIE WHO COOK FEATURE : @craiggordo from Mechanic 17 years ago to one of the most well rounded FOH GUY in the country. He tours with the likes of @thepresets @pekingduk @bag_raiders @theavalanches @goldenfeatures When he isn’t on the road. He is cooking some incredible meals getting his ideas from being on tour and eating at some fantastic places when on tour! Check out the amazing things this dude creates!! The steamed/battered Dims are coming highly recommended!!

How have you adjusted to lockdown living?

The moment you turn on your phone, the internet, you can become overwhelmed and inundated with the amount of negativity and news, which can be emotionally draining. This is the longest time I’ve been at home and it has been strange and difficult at times to acclimatise. DAVE ended up moving warehouse quite recently, which allowed us more time to set up and get right, given the cancellation of gigs.

What was the inspiration behind Roadies Who Cook?

It’s amazing how many technicians I’ve met who are good cooks. Craig Gordon, a Melbourne-based sound engineer (The Presets, Peking Duck, Bag Raiders, The Avalanches and Golden Features) and I came up with the concept. Craig posted an insanely good dish on social media and it spiralled from there. He’s an awesome cook, so we figured we would do something to showcase our culinary abilities, outside of mixing bands, hanging lights and building video walls. We’ve just clicked over the magic 500 followers on Instagram, and it’s been crazy to watch it grow and take on a life of its own.

ROADIES WHO COOK FEATURE #2 Matt Jones @matt.jones.ld – lighting operator / Designer / pasta master chef At 23 years old Matt moved from Australia to the UK for a change of scene in the lighting world! Matt recently wrapped up one of the biggest world tours going around as the lighting director for the Ed Sheeran Divide world tour @teddysphotos When he isn’t making things look all pretty In the arena, he is busy presenting some incredible quality meals at home in Melbourne. He has mastered home made pasta makes sense as his favorite dish to make is a prawn spaghetti! Career highlight was standing in as water cooler attendant on the Divide tour. Not the Australian open! Water cooler!!

How can people contribute to the movement?

It’s open to everyone… I’ve received submissions from the US, the UK and all over Australia – all of which have been contributing quite a bit and delivering heaps of content. Send it through, and we’ll get it up. Tag us in the stories and we’ll feature it. We’ve even had interest expressed by merchandise teams who want to put something together for the page. We want to grow the network to involve people from all walks of life and all corners of the live events industry, artist managers, road crew, and even caterers!

Tell us more about the culinary challenges you set…

One of the first culinary challenges we did involved the use of chorizo, or a vegan or vegetarian substitute. A well-known techie from Melbourne, Luke Stabb, came up with the concept for the second aptly-titled challenge – Stock ‘n’ Roll. Another challenge included a baked food, like a loaf of bread, a potato, etc. The latest challenge incorporates using any form of leftovers. We all know when shows come back, we’ll be testing whether event catering is now up to our lofty standards. We understand the trials and tribulations of the kitchen.

ROADIES WHO COOK FEATURE #3 @strictlyandlow Rachael is primarily a live visuals creator, director & operator with a little tour managing thrown in. She was born in Kenya & raised in various culinary hot spots including Somalia, Costa Rica, Sri Lanka, UK, PNG and Australia. Rachael spent four years touring internationally with Azealia Banks and at the start of 2020, directed and operated visuals for Cold Chisel’s Blood Moon tour, also creating visuals for Sam Smith’s 2020 Mardi Gras headline. Rachael loves to make every kind of food with a particular focus on Asian. Her favourite thing is to find untried dishes and ingredients, with a recent foray into authentic Persian using black lime and Korean with fermented gochujang. Gimmie that Umami baby! Career highlight: First big Tour, Dressing as a drummer cowboy & walking across stage during Silverchair’s last ever show as a prank by Jon Coghill. The band didn’t know but had impeccable game face!

Who are some of your primary contributors?

Sarah Madigan is one – she mixes FOH for Hermitude, and monitors for Thelma Plum and Jack River – and has presented some of our most requested recipes. Two Door Cinema Club’s Lighting Director, Liam Ashton, Ben Dennis who is Manager for Hands Like Houses, Peking Duk and BENSON, as well as Ed Sheeran’s LD, Matt Jones, are among the regular big name contributors. It’s amazing to see all those getting involved and getting in the kitchen – it makes you want to keep on cooking.

Once this lockdown is over, I have every determination to keep this going – even if that means setting up on site with an old, dimmer Parcan barbie! Even if it can take everyone’s mind off the pandemic for a few minutes, then so be it. We just love cooking. This industry isn’t the best for mental health, so if it’s keeping people’s minds occupied, we’ve got to do whatever we can. Saying that, Hilltop Hoods recently released I’m Good? and all the proceeds from the song are going to Support Acts ‘Roadies (Crew) Fund’. Roadsick Apparel, based in Gold Coast, have also done a collaboration T-shirt with the band to raise funds.

ROADIES WHO COOK FEATURE #4 Travers Chesney @chesneybobtrav – FOH /system tech / digico expert Trav is a well known tech in the Melbourne scene from owning the fleet of the most toured consoles by touring engineers or known for managing numerous Melbourne iconic venues, He lives a second life as quite the cook. Enjoys his hand at a lot of American style bbq/slow cooking. Briskets / Mac and cheese and of course Mac and cheese! And big big coffee fan!! His career highlight was being FOH operator for Skrillex @skrillex on the listen out run a few years ago. Noise complaint from over 16km away. He has also been at the other end of the multi core for Tempertrap @thetempertrap for quite a few years. And Trav doesn’t mind the off glass of red!!

Australian music industry charity Support Act has partnered with the Australian Road Crew Association to raise funds for production crew members behind the scenes who have been adversely affected by COVID-19. You can show your support by donating here or visiting the links below.