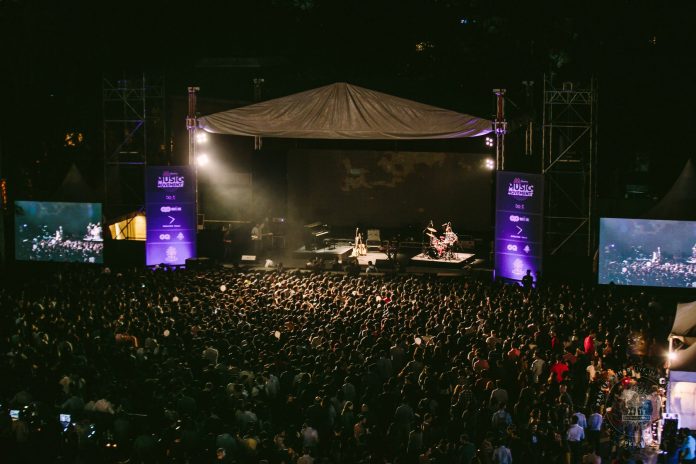 One recent show was the concert for rising Indie artiste, Prateek Kuhad when PR Lighting fixtures unexpectedly came to the rescue. The design brief for the show was that it should be ‘minimal and space like’, and the visual brief was to bring together the stars through the signs of the Zodiac. The show was to have been operated by the artiste’s lighting engineer, Mumbai-based Abhishek Roy.

“Using this brief, I wanted to design a rig that would have a lot of colour wash and spots that would focus on key moments from various positions,” said the LD. “I settled on specifying 16 Spot fixtures, 24 Wash fixtures, 10 Profile Spots, eight Par Cans and four Blinders along with four haze machines. In addition to this, we decided to have a 36ft x 12ft LED Wall.”

But then disaster struck. The concert was washed away by heavy rain, and the original lighting inventory was soaking wet and no longer fit for purpose. The concert was therefore rescheduled for two days later.

“We quickly had to rework the designs, as now we had less than 24 hours to bring down the existing rig and replace it,” Guru Somayaji recalled. “I remember Felix Remedios, the CEO of Reynolds Sound &amp; Lighting Services, mentioning the purchase of PR Spots, and without even thinking twice, I agreed to try the PR XR 480 BWS as I had previously used the PR Wash fixtures at another concert and liked the lights. Apart from the change in the inventory, I was now handed the responsibility of also operating this show!”

This popular hybrid 3-in-1 luminaire integrates three features (Beam, Wash, Spot) in a single unit, combining an advanced 480W lamp technology with a superb optical system. The product has regularly found its way onto tour riders since its release.

Using 16 of the fixtures, the LD immediately noticed that the XR480 BWS Spots were smooth in operation and offered a highly efficient spot. “Although I was informed that these fixtures could work as a 3-in-1, I ran it in the default spot mode. Despite having 16 fixtures, I used them to create various moods and positions in sets of one or in pairs, and during loud sing-along parts would turn on all of them.

“In short, the rained-off show gave me an opportunity to try out PR Lighting and I would recommend these fixtures for future specifications. In fact, I look forward to trying out more PR Lighting fixtures in the near future and specifying them for concerts.”