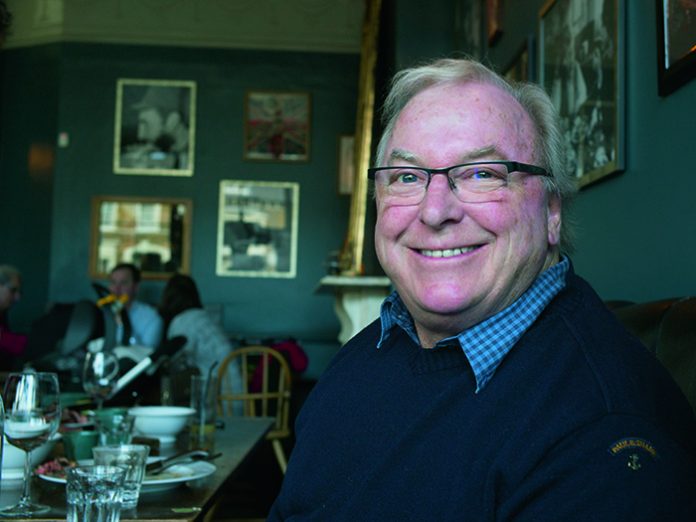 How did you get your start within the industry?

In 1967, when I was 18, I bought a van and became a roadie for Fairport Convention and other bands associated with Joe Boyd, the legendary manager and producer. While I was still working for a band called Soft Machine in early ‘70s, I happened to be visiting the WEM factory in South London and asked proprietor, Charlie Watkins, if he knew of any bands looking for crew. He mentioned Led Zeppelin and made a call to their manager Peter Grant. Before I knew it I was on my way to Montreux in Switzerland to join the band mid-tour. My responsibility (as the WEM Expert as I had become known) was to run the PA. This experience fired my enthusiasm for what became known as ‘Pro Audio’.

How did you get involved with Focusrite?

Having sold Soundcraft, I left the company at the end of 1988 with no specific plans. Some time off beckoned! However in January 1989 I learned that Rupert Neve, founder of Focusrite Ltd, was having financial difficulties and it went into liquidation. Having visited the company in the dying days I was contacted by the liquidator and I was persuaded to bid for the assets, which amounted to the brand and the designs. A new company was formed to build on those assets and Focusrite Audio Engineering Ltd was in business by April of that year, continuing the outboard mic pre and EQ modules and dynamic processor channels and designing a new recording console based on those essential building blocks.

Was it a difficult jump from touring to manufacturer co-founder?

After Zeppelin I had largely finished with touring though with Hiwatt we did some festivals and other events. Before Soundcraft started in September 1973 my co-founder Graham Blyth (the designer) and I were in partnership with Paul Dobson in a business called RSD, assembling PA systems based on bin and horn designs by Paul. Soundcraft took over the mixer side of that business, which was Graham’s responsibility and we built it into a global brand of live and recording consoles. We sold it to Harman in 1988.

How has Focusrite, as a brand, kept up with the ever changing technology within pro audio?

In terms of the live market, which we had not previously directly addressed, it has been with RedNet – our range of Dante-based networked audio products. We were one of the first developers of this technology, working closely with Audinate to achieve the highest levels of performance in a recording environment, allowing for ultra-low latency in and out of a computer to enable artists to monitor their performance without compromise. After the release of the initial range of five products, which included an eight-channel remotely controlled microphone preamplifier, we consulted the live industry, notably Clair Global, and developed a second range to address the specific requirements of live performance applications. RedNet is growing rapidly in sales as audio over IP is becoming recognised as the new paradigm for system infrastructure and Dante the new standard. RedNet is fully compatible with other Dante products and is used with various brands of consoles, notably Yamaha and DiGiCo, where the RedNet 6 provides a bridge between Dante and MADI. RedNet 5 Pro Tools HD / HDX bridge enables simultaneous recording with live performances.

Too many to mention other than the last one; David Gilmour at the Albert Hall. He has an outstanding band and delivers the music of Pink Floyd and his own solo music with outstanding musicianship from the entire band.