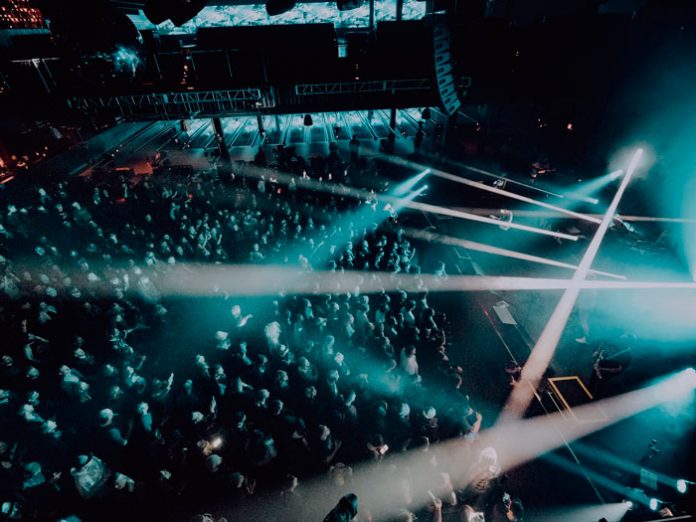 American progressive metal band Periphery recently wrapped the Hail Stan: US Tour 2020 with a lighting system supplied by Bandit Lites. Named for their album, PERIPHERY IV: HAIL STAN, this album is the first release of the band’s own 3Dot Recordings label and follows their 2017 Grammy nomination for “Best Metal Performance.”

“I wanted to create a show that was able to be hard-hitting with the band’s complex rhythmic syncopations but could also change at the drop of a hat to be a more traditional ‘giant rock and roll chorus’ for the more melody centred tracks,” explained Lighting Designer Travis Stiwalt.

“The hardest part was making sure the fixtures could handle such rapid input and function change in real-time!”

Tour Manager Stas Wrobel took advantage of Bandit Lites Venue One rehearsal space which allowed them to set up their full rig and do live programming. Stiwalt shared the time there was a huge help in ensuring the show was locked and loaded for the first performance.

“It definitely put me in a position to be able to relax and get the show looking great on day one, instead of having to stress about checking every cue and effect the day of the first show!”

“Travis’s design and programming for Periphery’s intense melodic and cord-crushing show are incredible,” said Bandit Lites Client Representative Shawn Lear. “I was blown away watching his methodical touches and speed within the performance. It was an awesome show!”

“Working with Bandit has been a huge pleasure,” finished Stiwalt. “From initial contact to setting up equipment drop off, everyone I’ve spoken to and worked with has been fantastic, and informative. It’s not often you find yourself working with a company that has such an open and inviting staff and crew!”