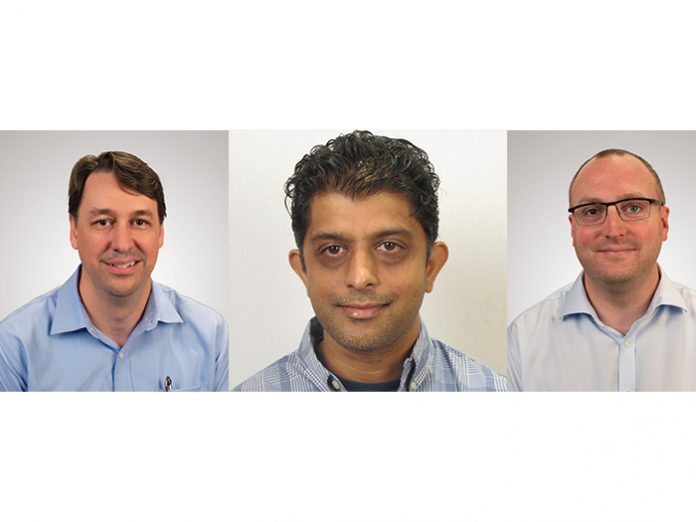 In response to increased global demand and expanding research activities at its Berkeley, California headquarters, Meyer Sound has added 2 new hires and announced a key promotion.

Roland Morcom has been named Sales Manager, United Kingdom. Based in Cambridge, United Kingdom, Morcom will direct sales efforts throughout the UK and work closely with both Andy Davies, head of UK technical support, and Roger Harpum, who takes on a continuing role in developing business relationships and hospitality. Morcom’s prior experience includes top-level sales and management posts at Nokia Technologies, Martin Audio and Meridian Audio.

David Leuschner has been appointed Sales Manager, Southeastern United States. He will be responsible for sales from the Ohio Valley and Carolinas through the Deep South and Florida. His previous positions include IT, media production and technical management responsibilities at broadcast facilities are prominent houses of worship, most recently Calvary Assembly in Florida and Gateway Church in Texas. Leuschner is based in Orlando, Florida.

Rick Coleman has been promoted to Sales Director, Southeastern United States. In his new supervisory role, Coleman will direct and coordinate the activities of Leuschner in their combined territory. Coleman has represented Meyer Sound in the South since 1996.

Swapan Gandhi has joined Meyer Sound’s R&D team as an Auditory Researcher in Berkeley, California where he will take a lead role testing, measuring, collecting data and documenting research for a broad range of scientific projects. He has held research-related positions at Starkey Hearing Technologies, Hafter Auditory perception Lab, and the Space Sciences Lab at the University of California, Berkeley, where he received a B.S. in Physics.

“At Meyer Sound, we are extremely gratified that we have been able to attract such a high level of new talent, as exemplified by the recent hiring of Roland Morcom, David Leuschner and Swapan Gandhi,” said Executive Vice President Helen Meyer.

“John and I are also appreciative of the steadfast loyalty and dedication of Rick Coleman, who has been a valued member of the Meyer Sound family for more than 2 decades.”