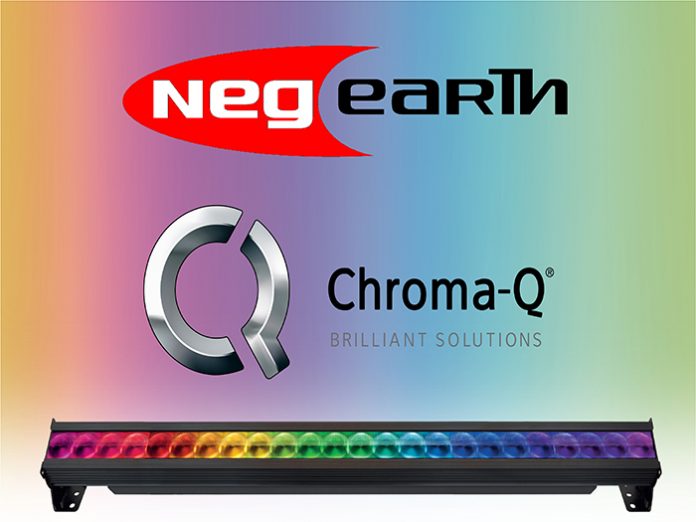 Lighting Designer Tim Routledge approached Neg Earth for a high performance LED washlight for a project; utilising the Chroma-Q Colour Force II on a variety of projects, including: purposing 60 Chroma-Q Colour Force II to illuminate the entire room as a single surface for a show inside one of The Tanks – a huge concrete, circular underground rooms at the Tate Modern measuring over 30m across and 7m high.

In addition, Routledge has utilised nearly 40 fixtures to provide different floor lighting packages for performers during 6 shows in the latest series of The X Factor. “The Colour Force II are my new ‘go to’ LED cyc and wash light. They are super bright, the colours are really great, and the evenness of the cyc lighting is superb. I’ve previously used the original Colour Force many times, but the new fixture takes this type of lighting to another level.”

Neg Earth originally trialled Chroma-Q Colour Force II when, as a rental supplier for last 2017’s Glastonbury Festival, the company made the fixture central to their lighting package for the Pyramid Stage. Almost 50 units provided coloured illumination during performances from high-profile artists, including: Foo Fighters, Ed Sheeran and Katy Perry, among others.

Andy ‘Fraggle’ Porter, the stage’s Head of Lighting, commented: “The battens looked great and went down well with the LDs. They really contributed to the overall look.”

Neg Earth’s Dave Ridgway added: “The Colour Force II is proving to be an extremely useful and versatile creative tool for our clients. It’s a great deal brighter than the original Colour Force fixture and has been very well received. The homogenised LED cells improve the output and look of the fixture over its predecessor. They look great on camera and from a touring point of view they are robust enough to handle the rigours of the road.”

The Chroma-Q Colour Force II fixtures were supplied to Neg Earth by Chroma-Q dealer, A.C. Entertainment Technologies Ltd (AC-ET). Other features include homogenised RGBA optics producing saturates and pastels, and a purer white – all from a single source – and theatrical grade dimming.