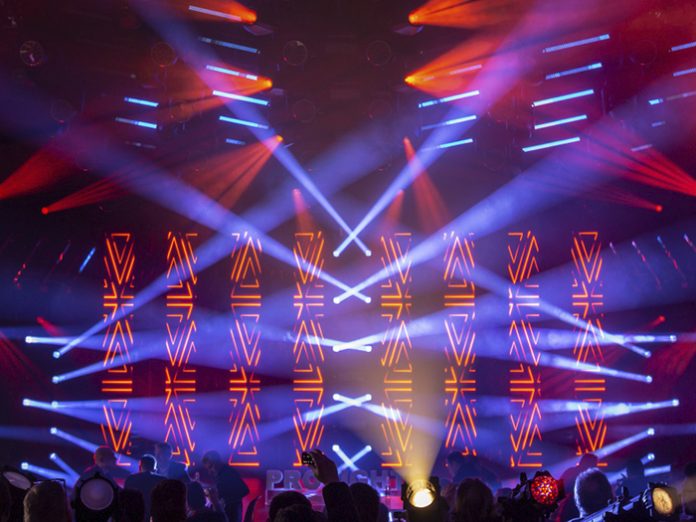 Music & Lights stand design at Prolight+Sound 2019 featured the largest footprint to date and played host to over 400 luminaires in the  Prolights arena along with the 20 new lighting products in the touring, studio and architectural markets also on display which were launched during the event. The display area featured a new and innovative interactive touchscreen system allowing visitors to test fixtures at their own leisure, interact with the Music & Lights team and the dedicated global distributor network.

MOSAICOXL – The long-range image projector – more powerful than ever before.

The new luminaires from the Prolights, Tribe and ArchWork ranges were all available on show and connected to the touchscreen displays allowing users to integrate them into the demonstration. The demo show on the stand was visited by various international media outlets, renowned designers and worldwide customers, who conveyed their satisfaction with the stand and the fixtures to the team and allowed them an environment to share their own experiences.