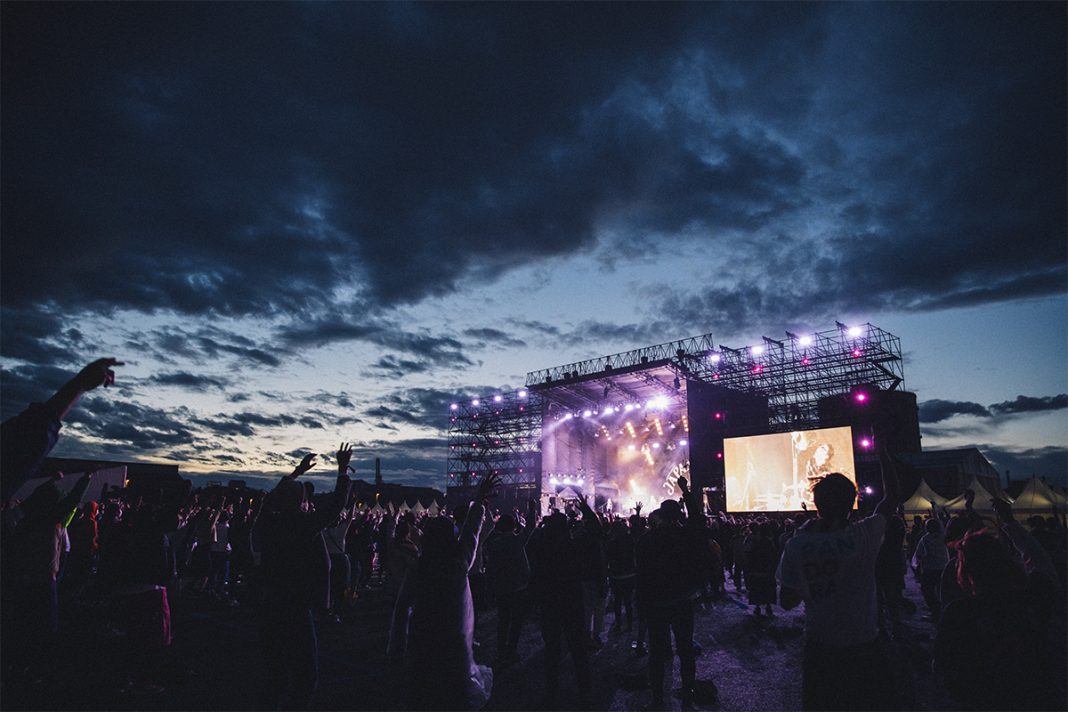 JAPAN JAM 2021 took place at Soga Sports Park in Chiba over the country’s May public holiday weekend. The annual event, which has already taken place three times at this venue, had to be cancelled last year due to the COVID-19 pandemic – making its return the first live music festival to take place in two years, under strict transmission control conditions.

Last time around, more than 30,000 people participated in the festival daily, however, this year audience numbers were limited to 10,000 per day. Alcohol was prohibited, face masks were mandatory and audience members had to be registered on a contact-tracing app to gain entry.

“Japanese audiences are keen to adhere to regulations to ensure the success of live events,” said MSI JAPAN’s Bunshiro Hote, overseeing audio system planning and tuning for all three stages. “Of course, the maximum capacity is limited now. However, increased vaccination will bring the reopening of the industry to full strength in the coming months.”

As in previous years, Martin Audio MLA was adopted as the main speaker, with 10 MLA elements including an MLD downfill and three stacks of subwoofers, nine per side in total, on the main stage, with the middle sub rear-facing for the cardioid pattern. In addition, four WPM were equipped for front fill / outfill duties.

“We chose an MLA system because it can control the leakage, and it can change the coverage area,” Hote reported. “I changed the audience area settings according to the conditions.”

Many precautions were taken to avoid the transmission of the virus – even on stage. “The microphones that would normally have been reused were replaced. As a result, we used five lines including spares to operate only the announcements,” Hote explained. “We introduced a UV irradiation desiccator for some mics that needed to be used by multiple people, while the console was sanitised every time the sound engineer changed. All vocal mics for the artists and talkback mics for the engineers were regulated.”

Having implemented as many systems as possible to prevent transmission of the infection, Hote, who was also in charge of the system design, stated: “Tokyo was in a state of emergency and as a neighbouring prefecture, Chiba also needed to prevent the spread of infection. This made us more nervous and considerate of noise complaints than usual.”

FOH mixing was achieved by an Avid S6L console with a Yamaha CL5 console handling monitors, with both desks mixing Shure P10 IEMs and a range of microphones. “When we did the sound check, we played the CD at 100dBA at FOH, and prepared three delay settings of 60m, 70m, and 80m from the stage for the main MLA area and assessed to what degree it could be heard at the monitoring point outside the venue. As a result, we chose the 70m pattern as the standard in the three-stage MLA area, and since the Lotus Stage was the nearest to the street, we started this at 60m.”

After missing last year, the fans were suitably excited about the event. “The management was struggling to ensure that customers could enjoy high-quality sound without influencing the neighbourhood. It was, therefore, necessary to adjust the range of sound depending on the audience population and the wind speed. Of course, we checked the monitoring of the neighbourhood as well and we sometimes changed the settings depending on the situation. MLA was the perfect choice to make this possible.”

Looking towards the future, Hote hopes the Japanese events market can recover from the devastating effects of COVID-19 pandemic. “This summer, I have heard that some festivals are reopening and subsequently being cancelled. However, I believe in the power of live music. If the correct procedures are put in place to ensure the safety of the technical production crew and performing artists, I’m positive that the sector can continue to operate,” he concluded. “I am currently preparing for summer festivals and upcoming artist tours this Autumn. I believe the live entertainment industry in Japan will rise again!”