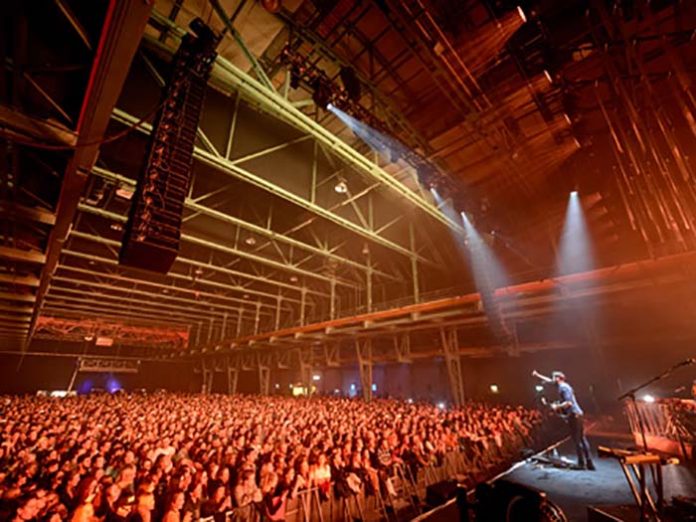 On tour in support of his new album, folk balladeer Passenger is relying on support from a Meyer Sound LEO Family reinforcement system provided by UK audio hire company Major Tom. The majority of shows are in large auditoriums and smaller arenas, where the system employs main hangs of 34 LEOPARD line array loudspeakers with bass support from eight 1100-LFC low-frequency control elements.

FOH Engineer and Production Manager Simon Kemp, who has worked with Passenger for the past two years, chose LEOPARD in part because of its attention to detail. “My show is all about hearing every phrase Passenger sings. His fans are there to hear his storytelling and anything short of perfect clarity won’t be accepted,” he explained. In addition, LEOPARD provided him with the necessary sonic impact while still being a manageable size.

“With LEOPARD I can achieve amazing audio coverage and maintain a 100db average in 5,000 capacity rooms and my PA system fits in 17 feet of truck space,” said Kemp. “I’m not aware of anything else that comes close to that accomplishment.” For a full production show like Passenger’s, with lights, sound and video elements, saving space in a packed semi-truck is a must.

In fact, LEOPARD seems to be up to just about any task Kemp and the rest of the sound crew, including System Technician Ian Hamilton and Monitor Engineer Charlie Bryson, put it to. “Every time we throw a new challenge at LEOPARD it just sucks it up and we move on to the next one,” said Kemp. “You really have to hear it to believe it.”

Hamilton has found the system to be consistently easy and quick to rig and fly. “Due to its compact size and weight, we have been able to fly more elements, more often, which has meant the coverage has been spectacular,” he said. “We’ve been consistently impressed with its power and ability to reach the far corners of the venues. It has certainly lived up to its ‘fierce’ reputation. I love working with this system.”