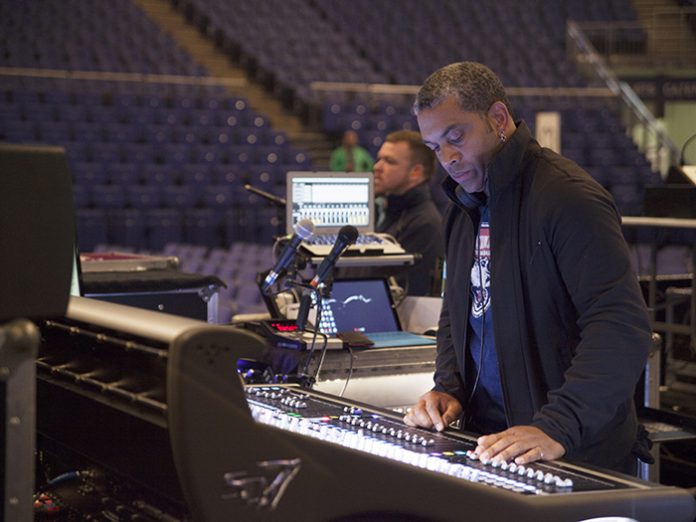 “The LEO system is superb for handling Mariah’s voice, particularly when I’m tracking her extended high notes,” reported White Jr, whose mixing credits include Roberta Flack, Jon Secada, Hilary Duff, Melissa Manchester, and Machine Head. “She always gets a strong crowd reaction when she hits those extreme highs – like on Emotions – so I always try to give her a push over the top. With LEO, the highs come out just as clear, and without hurting your ears.

“All the nuances are right there,” continued White Jr. “I never feel like I’m working around troublesome frequency bands when I push it up from 85 to 96 dBA or more. The sound stays the same, with no changes.”

White Jr also appreciates the performance of the LEO system’s 1100-LFC low-frequency control elements. “I never have to push to get low end clarity out of the mix,” he said. “There’s always plenty of headroom available without fighting the limiting or processing.”

White Jr mixed on a DiGiCo SD7 digital console with Waves plugins and a Bricasti M7 reverb processor. Carey’s vocal microphone is a custom, gold Shure UHF-R wireless with a BETA 58A capsule.

Prior to the European tour, White Jr mixed Carey’s in-residence performances at The Colosseum at Caesars Palace in Las Vegas on the venue’s installed Meyer Sound loudspeaker system. Carey returns to The Colosseum for 18 shows this summer.