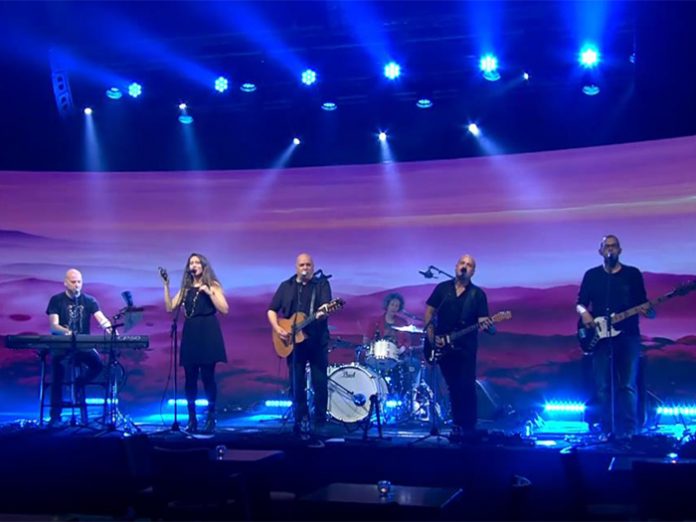 “I’ve had the pleasure and the honour of working with KLANG’s immersive mixing system in the last few months, as an in-ear monitor system for me and my band, and for two online shows as a PA for a broadcast,” said top Israeli artist Danny Robas, who experienced KLANG’s full potential at The Show Must Go On, a series of ground-breaking live streamed concerts. “It is a marvellous aid and it allows me to be focused on every note and each instrument separately, and to enjoy the show in a new and exciting way.”

The Show Must Go On is organised and hosted by Zappa, Israel’s largest live music club, and the Keshet Media Group, Israel’s leading media company specialising in reaching audiences through existing and emerging media platforms, in response to the current global crisis. Dozens of Israel’s top artists take part with their music, and an injection of fun, delivered straight to the homes of hundreds of thousands of Israeli music fans.

Robas’ was invited to take part in the first show. His set was so successful, he was invited to perform again on the second. For both concerts, KLANG’s immersive mixing systems were deployed; a KLANG:fabrik for the band and a DMI-KLANG for the broadcast feed. The result was an outstanding audio experience, not only for the artists, but also for the online audience, allowing the live shows to have a much bigger impact than has previously been possible.

“Eighteen months ago the whole band moved from wedges to in-ears and the KLANG:fabrik system,” explained Robas’ sound engineer, Soul Sebag, who has worked with the artist for over a decade. “From the first test we did, Danny was in love with KLANG. The system gives him width, depth and high separation, so he can hear even the smallest detail. In fact, the entire band just loves the space and the separation in the mix.”

For The Show Must Go On, Sebag used a Yamaha CL5 as the monitor console, deploying two ambient mics that each musician could adjust for himself to give them the feel of the room. “In-ears often make you feel like you’re boxed in,” said Sebag. “When you’re also performing in front of empty seats, as Danny and the band were here, it’s even more important, to make artists feel safe and comfortable during their performance. KLANG really helps and they found it incredibly useful.”

“For the broadcast feed, we sent all the outputs from a DiGiCo SD10 to the DMI-KLANG, connected via an Orange Box format converter, and then brought everything back into the console in several groups,” said Alon Eitan, CEO of AEM Audio, KLANG’s Israeli distributor, who provided the DMI-KLANG, as well as on-site support alongside monitor engineer Shahar Ben Hamo.

As this was new territory for everyone, the first show was used as a test without fully immersive content for the audience. The second show was built to immerse, with a binaural mix for broadcast, placing the home audience inside the club, just next to the artist.

“As an artist, with the help of my wonderful sound engineer Soul Sebag and Alon Eitan, the representative of KLANG in Israel, the system allows me to reach new peaks of innovation and creativity,” said Robas. “I can feel the stage and that helps me to sing and play better, closer and more enjoyably than ever.

As an engineer, Sebag was just fascinated with these two short experiences to do an immersive mix. He said: “My setup was no different to any normal monitor set up, I just had more options to put instruments in the space, which was very exciting. We also tried to give the listeners the feeling that they were actually on stage with the band during the show.”

Praise from the director and the production team was unequivocal, and audience figures of around 300,000  for the two shows speak for themselves. “Alon gave me the same great support during the shows as he has since I started working with the KLANG system 18 months ago,” concluded Sebag. “From helping with the configuration to providing a DMI-KLANG, setting up the file for the broadcast and giving me insights for immersive sound, his help has been invaluable and the results were truly outstanding.”