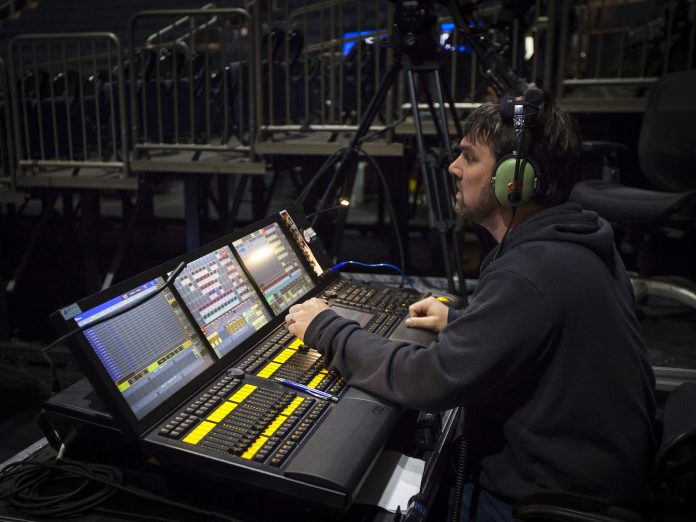 After five years as a partner in FadeUp Design Group, Production Designer and Programmer Justin Kitchenman has announced the creation of the Nashville-based design firm Align Design Group. Specialising in lighting, production, and media design, Kitchenman opened the doors to Align Design Group on January 1, 2017, with the goal of creating a collaborative production atmosphere for designers, technicians and other design firms while continuing to serve his current clientele with the same level of service and creativity.

“As a founding partner of FadeUp with Heath Marrinan, the company steadily grew over the years into a full-service lighting vendor that is really making a name for itself,” commented Kitchenman. “With the company on solid ground, it was a great time for me to branch out on my own to create Align Design Group which stemmed from my goal to have a lighting design consulting firm specialising in concert touring production design. Heath has been one of my closest friends, a role model and mentor to me in the entertainment industry, and when we started speaking about what I wanted to do he was there to support me once again.”

Feeling the timing was right to branch off on his own, Kitchenman knew exactly how he wanted Align Design Group to be positioned within the production industry through a cooperative and synergistic environment.

He continued: “The goal of Align Design Group is really to be a hub where a network of designers, programmers, production engineers and artists can all come together under the same umbrella. I really want this to be an evolutionary experience that will give all of us in the concert touring production industry a tremendous amount of creative flexibility.”

With Align Design Group now up and running, Kitchenman had to no time to rest as production has already begun on the multi-national tour for one of music’s top touring artists, Luke Bryan.

“Right now, we are full boar into Luke Bryan’s new 2017 tour design putting the finishes touches on it and bringing it into full design form for our first show on February 16th,” added Kitchenman. “We are working with Elite Multimedia as our tour provider because they are extremely creative and have been there with me from the beginning. When I informed them of my plans for Align Design Group they were excited to join me on this new journey and it’s great to have them on the team once again.”

“Our relationship with Justin over the last several years has been an integral part to our success,” added Tom Wilson, Vice President of Elite Multimedia Productions. “He is one of the most talented young designers in Nashville, and we look forward to continuing to work with him as he begins the next step in his career with Align Design Group.”

As the production design for the Bryan tour continues to take shape, Kitchenman is excited about not only the launch of Align Design Group, but also the new design elements awaiting fans who will be packing arenas and stadiums worldwide.

“This year we are adding a lot more LED surfaces to make the tour more visually dynamic and we’ve also added new automated set elements that we are excited to unveil as well,” explained Kitchenman. “Musically, Luke and the band are working up new set lists to mix his new album with some of the classics the fans might not have heard last time around. He really does a great job of keeping his live shows fresh to give the fans something new each year, and Elite Multimedia does of great job of helping us bring it all together which makes it an extremely comfortable environment to work in.”

As the launch of the inaugural Align Design Group touring production approaches, Kitchenman continues to look forward to identify where the company will go next. Not satisfied to work only on concert tours, he is expanding both the target markets and the design technology as well.

“While the concert tour industry will be our mainstay, we will also be moving into corporate events, television production and any additional live event that needs production elements,” concluded Kitchenman. “We have also begun working with media content creators to bring dynamic 3D content and pixel-mapping into our production designs because the goal is to have Align Design Group grow as the technology grows and stay at the forefront of the production industry.”