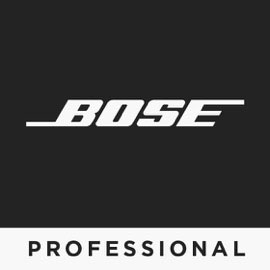 Joe De Lorenzo has experienced nearly every aspect of the concert touring industry. The Newark, NJ native moved to the Jersey Shore in the late 1970s, becoming a part of that fabled scene and starting his own nearly-40-year-long trajectory in the business.

He has worked as a tour manager, guitar tech, drum tech, and any other tour-support role where he could pitch in, for artists including Joan Jett, Irish punkers Compulsion, British alt-rockers The Wonder Stuff, country/Americana artist Shelby Lynne, Jersey rockers Monster Magnet, and most recently, U.K. Goth-rockers The Damned.

“I’m prepared to do whatever the artist needs me for — instrument tech, tour management — I’ll even drive the truck,” he said with a laugh on the phone from London, where The Damned are preparing for their next set of European shows. De Lorenzo’s last set of shows with the band in the U.S. was a three-week string of dates that included a stop at the Crystal Ballroom in Portland, Oregon.

The Damned don’t carry production, and De Lorenzo got to experience a wide range of sound systems. For him, the system installed at the Crystal Ballroom stood out. “It totally killed!,” De Lorenzo exclaimed, describing his, and FOH mixer Martin Smith’s, reaction to the sound of the Bose ShowMatch system. “It had a really strong bottom end, but with edges, meaning the low end was still well-defined even as it hit you in the chest in the back of the room,” he said. “The highs sounded great without ripping your head off, and the vocals were clear and warm. The Damned are a great band, so it was nice to hear them through a really superior sound system in a great room, which the Crystal Ballroom definitely is. We’re coming back to the States soon, and we’re definitely looking forward to performing and mixing through a ShowMatch system.”