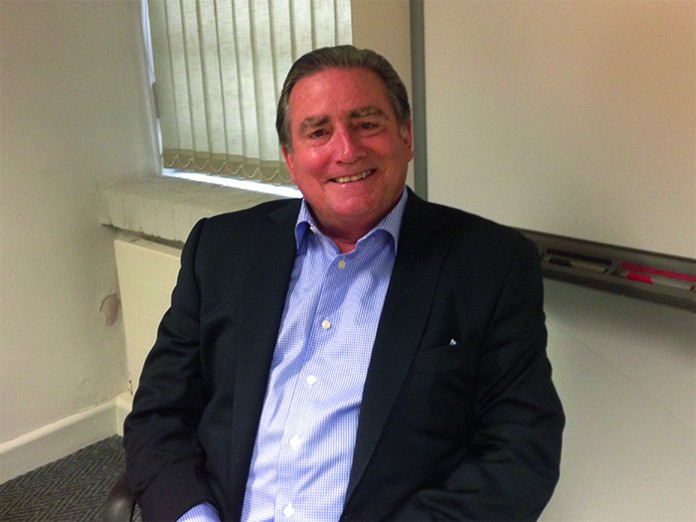 What initially prompted the move from the US Air Force to the pro audio industry?

I needed a job! I answered an advertisement and ended up working for the US distributor for Revox tape machines and Beyerdynamic microphones as a tech. I really had no knowledge of pro audio or lighting, no experience and, to be honest, no prior interest. It was just one of those opportunities fed by necessity.

I got into the business and at the same time I was pursuing a more traditional university degree in business. I never left and over the years the opportunities for advancement improved.  About five years into this new career, I set up Klark Teknik’s US distribution. We built a great company and took it public. We made acquisitions such as Midas and DDA and sold the KT Group in 1990. I realised that staying in the pro audio industry was always going to be more lucrative than trying to jump ship.

When I began in this industry 40 years ago I really had no idea that you could have so much fun in business. Everyone is so passionate and it is never a job to them. To them, this industry is who they are, not what they do, and that makes all the difference when dealing with them on a business level.

Outside of Group One, how do you think the market has changed on a macro level?

The strange thing is that some of the greatest changes to our industry sometimes come as a result of other, external factors. The two biggest things during my career have been the changing way that people realise value from recorded works, whether that is music, movies or anything else, and how technology has evolved.

For the first, take touring as an example. When I started in this industry, touring was a required by the record companies in order to support record sales, while today it is a necessity to support the band. Album sales are, for all but the biggest artists, almost negligible in terms of financial impact. They need to be in front of the customer, as that is now their preferred delivery system in terms of what they will pay for. Unfortunately for the artists themselves, technology has allowed people to access the majority of art for free. This brings me to my second point.

When I came into the business, a proper recording studio had well over $1m USD invested in it, in consoles, personnel, room design and the like. Now some of the best albums released are done for a fraction of that capital investment. Everybody can afford to set up their own recording studio now, and the gear itself is so easily available.

This brings about a strange dynamic where there are more people recording music but most of the major studios have all but vanished, as there is no longer enough demand.

Those are the two biggest changes for me but, in reality, not much has changed in the industry at all. It is just a case of shifting sands. We were selling products into the touring business in 1975, and we continue to do the same thing today – I even have some of the same customers.

What is it that dictates which companies Group One will go into partnership with? With companies such as Avolites now on the roster, is lighting more of a prioritisation that audio these days?

Avolites was just another opportunity that presented itself and it was a good fit for everyone concerned – this is more or less the way with every deal Group One enters into. I think we have done a good job with the brands we have handled over the years, and we often get started with brands before they are as popular as they eventually become. I have an expression: “As a distributor we live in a zone between success and failure, either one of which can kill us.”

In other words – if we fail, then we lose the product line (though I don’t know that has ever happened) and if we are too successful then a brand might start to think that they can do better on their own.

I think this success is partly down to the fact that I say “no” 99% of the time. We are always hoping for the next opportunity, but we don’t lose sight of the fact that the greatest of these are sometimes with the brands that we already have. DiGiCo I went after, as I needed to do something new to continue my interest in running Group One, but that kind of situation is rare.

Finally, what do you make time to do if you manage to take a day off?

A day off for me could be anything. I love to play ice hockey, golf, guitar – it is pretty spontaneous with me to be honest. Two weeks ago I had what we call a ‘staycation’. That has been the most relaxing week I have spent in years. I told the office I would check emails in the morning and at night and, unless it was an emergency, then they couldn’t reach me. We are all so tied to our phones that we often end up mentally responding to emails that are totally unnecessary. That act, in and of itself, was a great vacation.