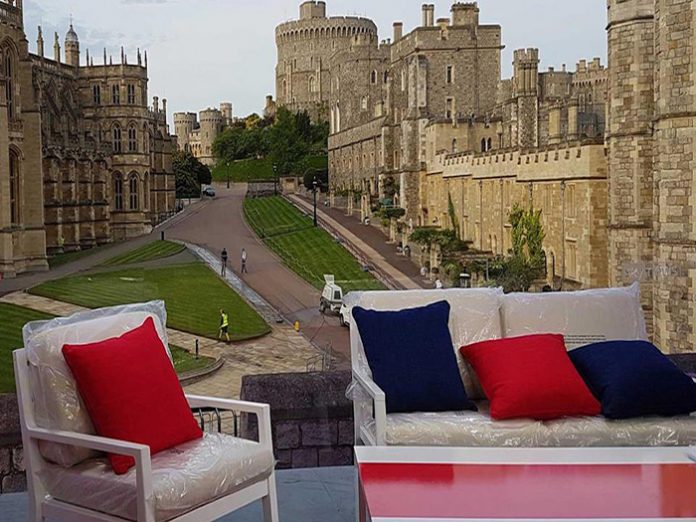 Live coverage of the Royal Wedding of Prince Harry and Meghan Markle was viewed by millions worldwide – and attended by 4 High End Systems Hogs.

Activities surrounding the wedding were scripted to the minute, but anything could happen at a live event. Peachment wasn’t worried. Road Hog 4 consoles have seen him successfully through his career of television and musical events in the UK.

He said: “Live TV is a fast-moving environment. We don’t get rehearsal time, so button pushing has to be minimal to get the desired effect and the Hog is good for that.”

Peachment, Riley and Plenty own and supplied the Road Hog 4 consoles, positioning two at each of two locations: at the top of Windsor Castle for the site of the wedding, and along the Long Walk – a two and a half mile (4km) path that served as the main part of the open-air carriage parade after the ceremony. Midway along the Long Walk, Sky News set up an open-air tent where the reporters interviewed special guests.

“We needed the consoles because we were constantly adjusting the lighting from sunrise to sunset. The good thing about Road Hog 4 is they are very data solid. Every keystroke is written to the hard drive. If we lost power, we wouldn’t lose programming. Everything worked great. It was a simple show,” Peachment concluded.

The freelance LD/programmer, working under his company Little Mouse Productions, said he made the switch 3 years ago to the Road Hog 4. “All shows need more DMX, so you need a modern system that has the capability of doing unlimited DMX streams. Other consoles are too big for a one-person operation, and complicated to program. The Hog is easy.”

“It’s logical and always the same syntax. There’s no complexity to it, which I like. The Hog is good for reliability and cost. Every show I do is controlled by Road Hog 4 these days,” Peachment added. “It’s a fantastic value for the money.”