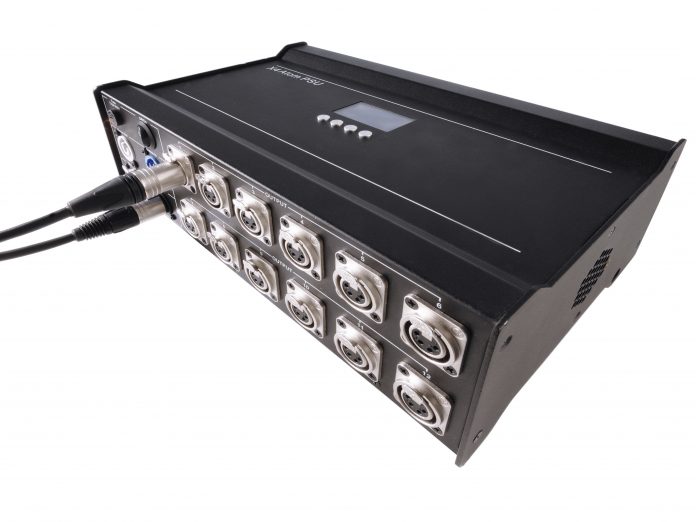 GLP has announced the release of the upgraded 30 Watt version of their popular X4 atom fixture. Adding a new high power light source into the unit has doubled its brightness, and introduced greater optical efficiencies within the unit. At the same time, an additional six-way PSU has been added to the product line up.

Concurrently, and supporting GLP’s philosophy of promoting longer product life cycles, the company has undergone a complete market swap-out of current units, allowing all existing owners and users to benefit from this technology upgrade immediately, and without cost.

The brighter 30 Watt RGBW LED source is from the same family used across all GLP’s X4 range. This ensures full colour matching across fixtures and enables the X4 atom to really cut through, despite its compact size.

However, the X4 atom houses a lot more besides a bright source, starting with a 9:1 ratio zoom that goes from a wide 34° wash down to a tight 3.5° beam for pinpoint accuracy and great mid-air effects — all the while maintaining a clean output and even distribution of colour and intensity.

“As versatility is the key, we made the housing IP65-rated, allowing it to be used on events and shows all year round, indoors or out,” stated GLP Inc president, Mark Ravenhill.

“And for times when a single X4 atom just isn’t enough, we’ve created a fast interlock system that allows fixtures to easily be coupled together. The standard yoke is easily removed and you can quickly assemble pairs, quads, lines and grids of fixtures in any configuration that you need – and still keep individual control of each atom, creating stunning displays.”

The X4 atom runs from an external power supply, with a six-way and a 12-way option available, that feeds fixtures via an industry standard 4-pin XLR cable, tapping into existing infrastructure and reducing the overall environmental impact of the fixture.

The X4 atom is shipping now and available for demo via local GLP distributors.