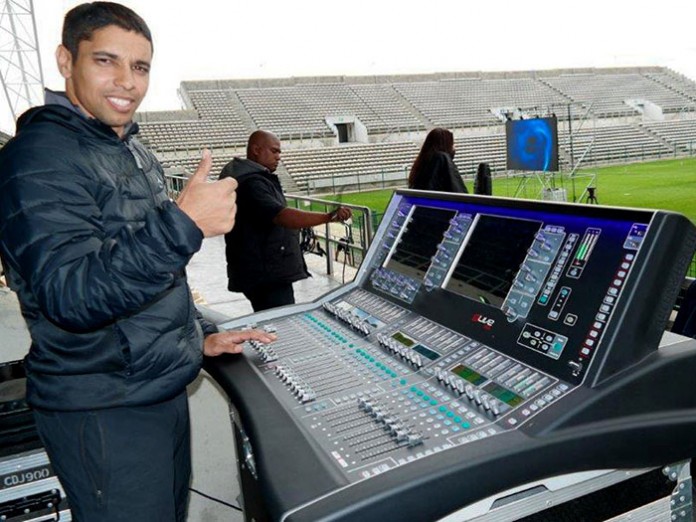 Grant Brooks, owner of GB Sound, said: “As an avid fan of Allen & Heath and owner of many of their digital desks, I was keen to see what this range had to offer. I was instantly taken with the desk’s look – it’s spectacular.

“The layout, the screens, the work surface and overall design are at a different level. I knew I had to have one!”

Having seen the desk at the Mediatech show, Brooks selected the S5000 control surface with DM64 MixRack to add to GB’s hire inventory.

Established in 1999, GB Sound is an Audio Visual hire and sales company, which has worked with some of South Africa’s biggest companies. A majority of the business is managing band and large event work. He continued: “I enjoy using A&H desks – I have at least one from every series now. I own several QU’s, a GLD, an iLive-T112 system, the smaller R72, and now a dLive. The first favourite feature for me was definitely the screens. The two big high res screens are bright enough and angled in a way that works in even direct sun, and at night, using the customisable LED lighting, it looks pretty amazing too.

“Another huge feature is the new 96k audio processing – the difference is substantial. I also love the way you can use the rotaries or the sliders to manage aux mixes, it makes complex routings far easier to manage. Lastly, something which carries through all the A&H digital desks, is the easy, intuitive and practical navigation of all the controls.”

GB Sound debuted its dLive system at a huge 10,000 capacity fashion show where it managed several bands, DJ’s and MC’s.

He concluded: “Of course it handled it like a dream. The desk just idles because of the massive headroom, and it sounds great with very little effort. This is a serious piece of gear, which will help carry my business forward.”