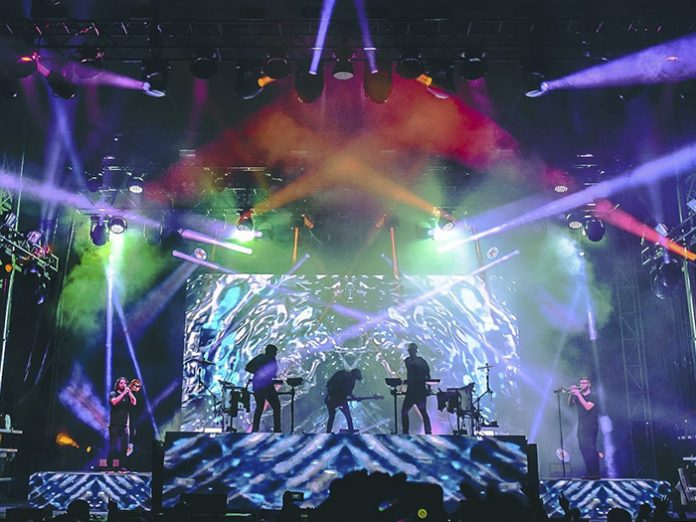 “Forecastle is a tight, well-run festival that has become a standard in Louisville now,” said Bandit Lites Production Director Dizzy Gosnell, who orchestrated the lighting packages for the multiple stages. “We really lucked out on the weather, with storms dodging the site during the festival; everything went according to plan. Richard Wold, Kat Harris, John Monroe, John Ficklen and Sami Slovey from Lambda Productions were all fantastic to work with and really know what they’re doing, and the good people at AC Entertainment are really top notch at running big festivals.”

The Port Stage returned to its eclectic placement under a bridge in the park, making the lighting a special kind of challenge. VL 2500 Spots, GRNLite 8 Lites and GRNLite Moving Washes ensured that the audience was treated to a formidable show.

Bandit’s precision in executing flawless festivals can be credited to the communication and support of Bandit’s staff, an effort Project Manager Matt King takes very seriously in coordinating all the elements of four stage systems.