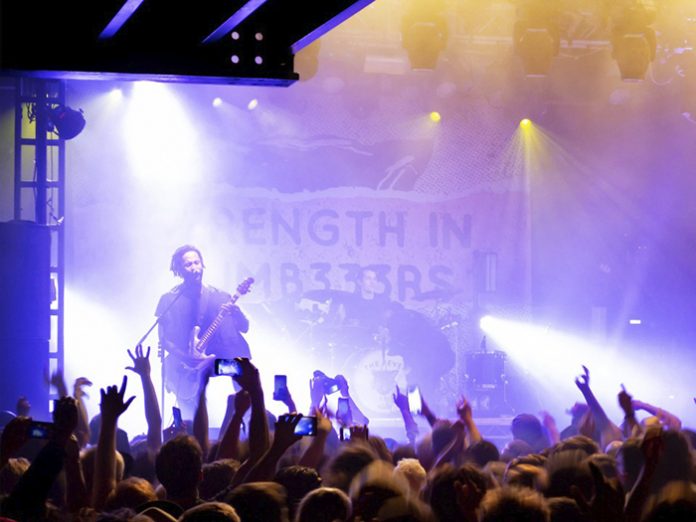 Having used Prolights fixtures on numerous occasions before, Borgars was already familiar with the fixtures and explained how he found them “really reliable and innovative” therefore it was no surprise that the package featured a number of the compact-yet-powerful Prolights Diamond7 washes.

The band, known for their parkour-like stunts in, on and off the stage required some clever designing. Borgars explained: “The notes sent to me outlined specific moments and effects he wanted to achieve, particularly at the start. There were moments that required erratic & chaotic lighting and others where the lighting needed to be contemplative and moody.”

“The Prolights Diamond7’s were the first fixture that came to mind where I would have individual pixel control and some pixel animation effects at my disposal to accomplish the desired look. Along with the flexibility of using the Diamond7’s as a wash light, I could also use them for some tight beam looks as well as the individual pixel control which was a huge benefit.”

When asked what Borgars thought of the performance of the Diamond7’s in relation to the venue and the fixtures he commented: “The size & output of the fixtures were impressive; there is very little that is comparable to the Prolights Diamond7 that had both the zoom range and pixel control. The Diamond7’s performed very well during the show. Especially in the intro when lighting the kabuki from behind for this pulsing effect which was also casting shadows of the band coming from different directions building up to the first track of the set before the kabuki dropped.“
www.haydenborgarslighting.co.uk
prolights.it