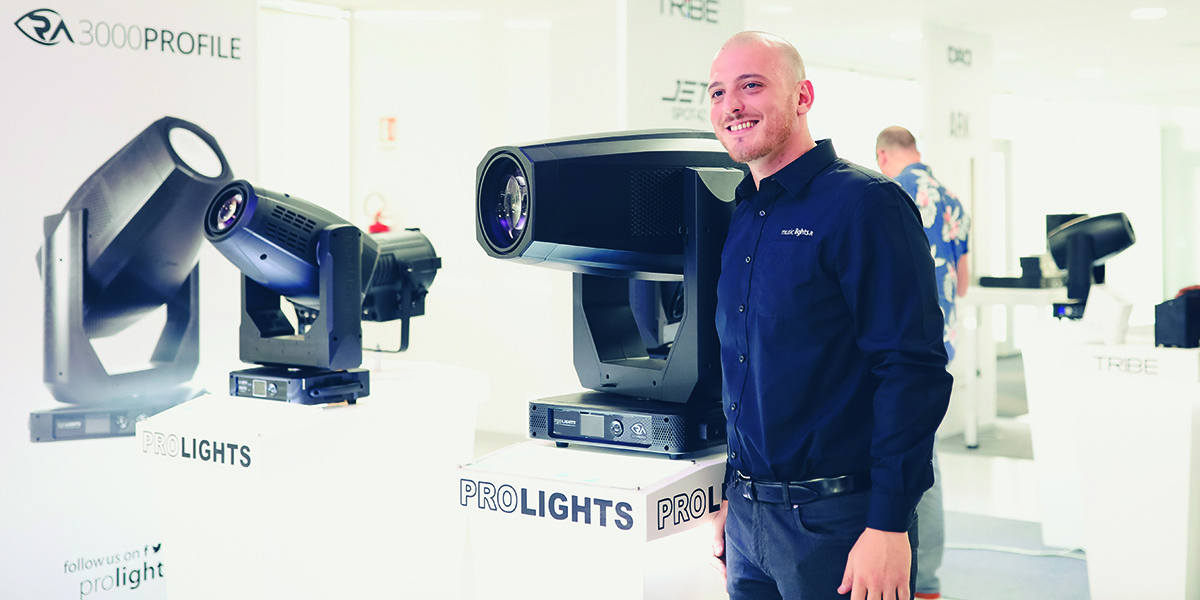 What sparked your interest in the live events industry?

I was born into this industry – it runs in my blood. My father, Francesco Sorabella, started a full-scale production company and, from day one, I spent every waking hour in the workshop. I was fascinated by the way this industry merges technology and art – the ability to evoke such emotion or feelings in such a short period of time.

With the seed planted, in 2003 I attended PLASA London. I saw the Martin Professional light show and I distinctly remember feeling that adrenalin rush. Right then I realised that this is what I wanted to spend my life doing.

How have you progressed at the company?

“I started out as a teenager working part-time in the technical department – learning, shadowing, listening, taking things apart and doing all the jobs I could  possibly get my hands on.

“As time went on, I moved first into the R&D department then into the commercial department. My big break was when my father appointed me Managing Director of PROLIGHTS – a position I’ve held ever since.”

What have been your personal highlights?

“It has been amazing to have the opportunity to work with talented lighting designers. They have said what they wanted to achieve, and we have been able to make this a reality. One of my biggest highlights was working with Paul Normandale and seeing PROLIGHTS arena COBs on the international riders for Coldplay.

“Another highlight that people often overlook has been hearing feedback from our users. Having people take time out of their day to praise the quality of our kit, service and support means everything.”

How have LDs and rental houses responded?

“The response to the PROLIGHTS Panorama IP range has been absolutely amazing. They have been quickly recognised as a workhorse staple for rental houses globally. They’ve been used to light up ancient architecture in Norway, as a big-air searchlight effect for the Sydney Opera House and Sydney Harbour, on the new Nucleus stage for Boomtown 2019 and as stadium lighting in Perth’s Optus Stadium.

What has been the biggest change in professional lighting for live touring and the events market?

“The largest shift has been the move to LED-based fixtures. Even now, the goalposts continue to move at such a fast pace. We see ‘traditional’ luminaires, but now they can run video content.

“The concert touring markets are complicated due to the mounting expectations placed on designers to make each show bigger, better and more spectacular than before. Designers need two core things: an idea and the tools to be able to make it happen.”

What’s next on the schedule for PROLIGHTS?

“In the next few weeks The X Factor Italy goes live, which is full of PROLIGHTS. We have a lot planned for next year, including something pretty special, which we’ll be unveiling at this year’s LDI – watch this space!”