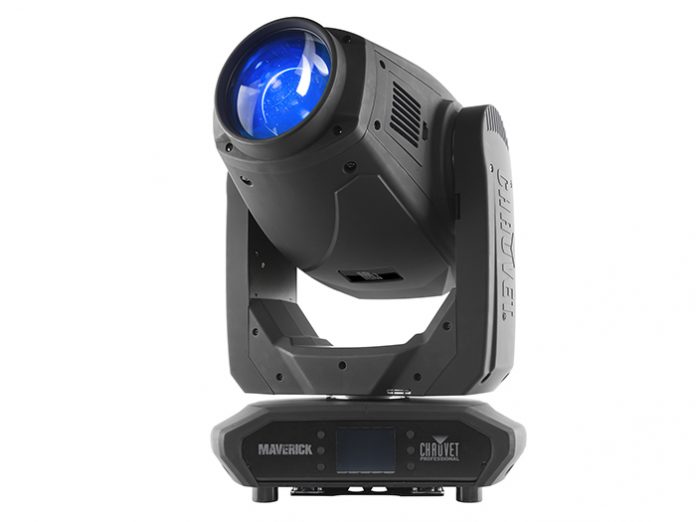 The Chauvet Professional Maverick MK1 Spot addition came at the end of a long and extensive research process that began when On Event Production Co.

The company first encountered the Chauvet Professional MK1 Spot at Prolight + Sound 2017. Impressed by what they saw at the Frankfurt show, the On Event Production Co. team surveyed industry members about the product and did a cost analysis before putting it to a shoot-out test with competing fixtures.

“We shot out the Mavericks against some of their competitors at our showroom, and they were certainly the best value for the money when you looked at features, optics and brightness,” commented On Event Production’s Director Adam Dewhurst. “As a result, we had no qualms about adding these into our inventory to take care of larger events requiring added visual punch.”

With its intense output, the 350W moving fixture will be powerful enough to handle even the largest events served by his company, believes Dewhurst. Being an LED fixture, the Chauvet Professional Maverick MK1 Spot will also offer the company savings in terms of operating costs. Features like variable frost, CMY colour mixing, a 5:1 zoom, dual gobo wheels and 3-facet prism give the Chauvet Professional MK1 Spot the versatility to meet the needs of On Event’s wide range of projects.

Looking beyond the merits of the Chauvet Professional Maverick MK1 Spot itself, Dewhurst cited his company’s relationship with Chauvet Professional as a key factor driving the decision to invest in the new fixture. “After the last three years of working with Rogue, the Chauvet name for us became synonymous with reliability and performance,” he said. “With the friendly, personal and excellent after-sales service which we’ve received over the past three years, it was clear that investing again in Chauvet was the right choice.”