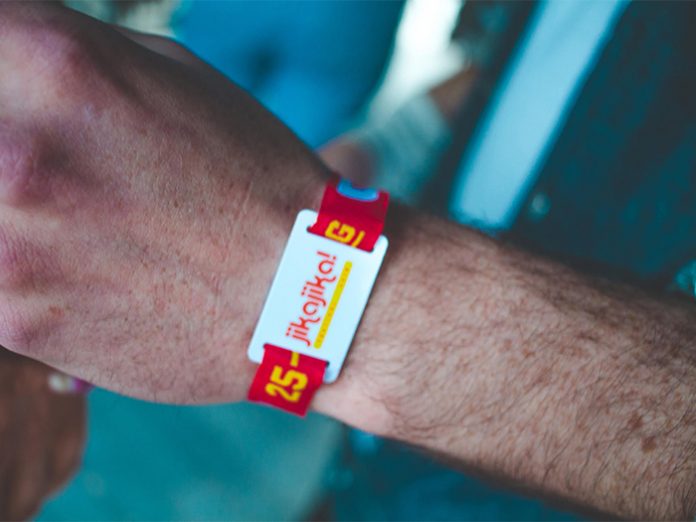 Set across 2 days in Derry at the picturesque Ebrington Square, the experienced event organisers from Jika Jika teamed up with the experts at Event Genius to use the company’s innovative RFID technology at the festival to increase spending by 23% per-head, when compared to non-cashless events ran by the organisers and held at the same location last year.

The solution is simple. Prior to attending, fans were offered the opportunity to plan their budget by pre-purchasing credit – to be spent on food, drink and merchandise – direct from the festival’s website.

Upon arrival, fans exchanged their tickets for a smart wristband which was then loaded with their credits. These credits could be spent by tapping their wristband at the point of sale devices at every bar and vendor on the festival site.

The award-winning technology has helped the team behind the festival deliver their fans an amazing experience. “We’ve been hugely impressed with Event Genius Pay.” said James Crossan, Director at Jika Jika festival, “The solution speeds up transactions at the bar and makes it easy for fans to top-up credit, allowing them to spend more time enjoying the music and less time waiting in queues.”

Lauren Lytle, Head of Technical Operations at Event Genius said: “It’s been a privilege to be able to help Jika Jika make a resounding success of their debut festival. From start to finish their team’s commitment to ensuring their fans have the best possible time has been amazing and it’s great to have been the first RFID payment provider to deliver a fully cashless festival in Northern Ireland.”