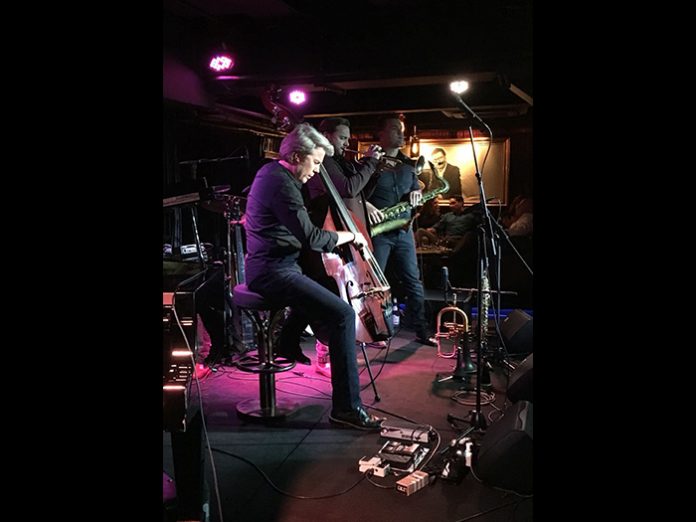 Acclaimed jazz musician and composer, Kyle Eastwood, boosts the sound of his band with DPA Microphones d:vote 4099 and d:dicate 2011C.

Dominic Tsang, Area Sales Manager for DPA Microphones, said: “Kyle played at the BB Jazz Lounge in Hong Kong before going on to the world-famous Blue Note Jazz club in Tokyo. As he already had a d:vote 4099 for his own double bass, it made sense to match the rest of the microphones to that sound.”

Tsang assisted Eastwood’s sound engineer John Fonseca with microphone placement on site so that the audience had the best possible audio experience. After the gig, Fonseca said: “I would like to thank DPA for putting at our disposal some fantastic microphones and for all the support on site. Each mic definitely helped us get closer to the desired sound and to deal with the challenging setup. I am looking forward to using DPA Microphones again soon.”

The son of actor, director and jazz fan, Clint Eastwood, Kyle Eastwood released his first album From Here To There in 2001 and has gone on to forge a dynamic musical path as a multi-talented double bassist, band leader, composer and producer. While continuing to develop his parallel career as a composer and arranger on his legendary father’s Oscar nominated films Mystic River, Million Dollar Baby and Letters from Iwo Jima, Eastwood has reaffirmed traditions while creating contemporary, lyrical and melodic jazz.

Eastwood’s current tour is promoting his latest album, In Transit, which is released on the Jazz Village label. He is joined on stage by a group of young English jazz musicians and by guest artist, Stefano Di Battista.