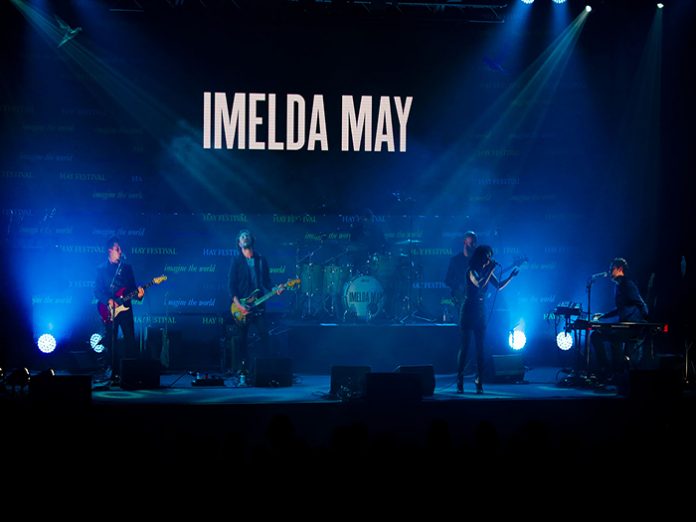 It was the first time the West-Midlands based visual and technical production specialist had worked on the event, for which they were approached directly by the event organisers and asked to be a video supplier after several recommendations. It was also the first time that the event had gone to LED for video display, having worked with projection festival-wide for several years.

With 8 major live stages – offering over 5,000 seats – CPL was delighted to be the video supplier for the 2 largest areas, the 1,716 capacity Tata Tent and the Oxfam Moot stage which accommodated 921 people. Both featured an eclectic line-up of events running every day from 8 in the morning to 9.30 each night.

The project was managed for CPL by George Oakey from the office/warehouse end and on-site by Stuart Dowdell, a regular CPL freelancer and a seasoned Hay Festival video tech having worked on it for the last six years. This meant he was in an excellent position to know exactly what was needed and was one of those recommending CPL’s products and services.

The Roe  Visual 3.4mm HD screen was specified and designed to enable everyone in the rooms to clearly and comfortably be able to see a range of PowerPoint and Keynote presentations, VT playbacks, live camera feeds, pre-show rolls plus sponsor loops and stings as well as information related to the specific event or debate taking place onstage.

The side screens in the Tata Tent replaced the 65-inch plasmas of previous years and dramatically improved the audience sightlines for those seated around the peripheries and at the back.

2 CPL Brompton M2 Processors were used per venue, one handling the main screen and one for the two side screens, and these were also fed programme and aux feeds from the Roland via the matrix.

The screens on both stages aired pre-show rolls with images and information on Hay and sponsor information related to the upcoming event during the audience walk-in.

The LED screens certainly upped the production values in these 2 primary areas, in the process “making a real difference” to the whole guest experience, commented Dowdell, adding that it was a pleasure working with CPL who provided, “excellent service, great technical knowledge and well-maintained premium equipment”.