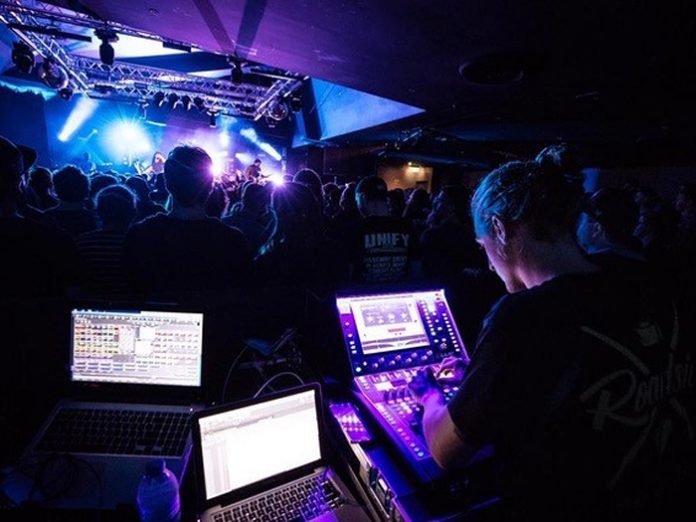 “I’ve come straight over from 2 years on a dLive S Class S5000/DM64 system on monitors with Bring me the Horizon, and wanted to keep the same workflow with Northlane,” explained Engineer, Jared Daly. “As the band are from Australia, their gear is nearly always in a fly-in configuration; everything is in custom wooden racks that slot into fly-able pelican cases that all weigh 32kg. For this reason, the band decided to purchase the C1500 Surface and DM48 MixRack to manage both FOH & monitors.” Daly added.

The C1500 is equipped with a Waves network card to allow virtual soundchecks and live recordings of all the band’s performances.
“The dLive surface is small enough to fly anywhere we need, and we had a custom Scott Dixon case built for it so it can be wheeled anywhere with ease,” explained Daly.

A DM48 rack was selected on stage for the ability to add input channels when needed, and to have dual power redundancy. The band pair a Macbook Air with the Rack on stage and use the Director control software to run their own monitor mixes, gain sharing but with separate FOH and monitor channels.

“With the use of Soft keys, the band have found navigating the software during the show very easy, and if something requires my attention, I have a scene set up to load the monitor input faders to the C1500 and I can manage their mixes directly from FOH.” he concluded.