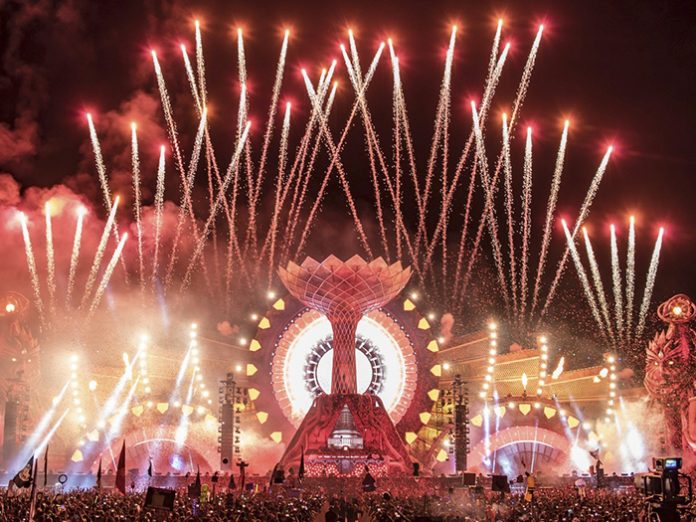 EDC is one of the biggest electronic dance music festivals in the world. The June 2016 Las Vegas event drew more than 400,000 revelers to three days of EDM DJs, carnival rides, art and circus performances.

California-based Felix Lighting was the lighting vendor for EDC’s Kinetic Field, North America’s largest scenic stage, for the third consecutive year. The company has participated in EDC almost since its inception.

The set-up from Felix Lighting saw 96 Clay Paky Sharpys hung onstage. “There were eight wings on the set piece, four to each side, and Sharpys were on the edge of every wing in quantities from seven to 11,” said Felix Lighting Project Manager Brian Karol. “We also had some Sharpys on the floor.”

Sixteen Clay Paky B-EYE K20’s were also on hand to wash the interiors of some set pieces.

Karol emphasised that all of the gear performed well under extremely hot conditions at the Speedway: “Temperatures routinely topped 115°F. During the day and it was 93° at midnight during load out. Everything sat all day in the heat and when we fired it up at night it all worked.” A.C.T Lighting is the exclusive North American distributor for Clay Paky.

Francesco Romagnoli, Clay Paky Area Manager for North and Latin America, added, “We’re proud to be a part of Electric Daisy Carnival so many years in a row and it’s always great to partner with Felix Lighting.”