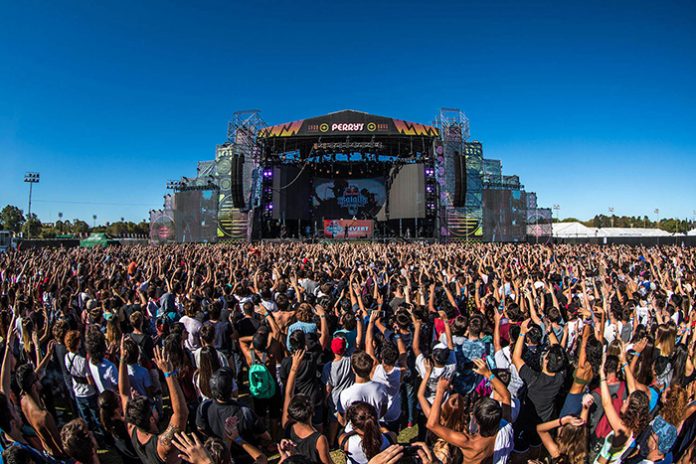 The Lollapalooza festival, created by Jane’s Addiction frontman, Perry Ferrell, is a global entertainment phenomenon that brings the world’s hottest music acts together.

This year’s festival in Argentina saw the likes of Chance the Rapper, The Red Hot Chili Peppers, Imagine Dragons, Wiz Khalifa, Lana Del Rey and so many more. Clair Brothers were there to deliver its clear and powerful, mosh pit-inducing signature sound to the thousands of frenzied fans in attendance.

Although the 2018 festival didn’t make it to the final day due to severe thunder and lightning storms, that didn’t dampen the spirits of Fabian Giordano, owner of Giordano Sonido – Clair Brothers rental partner in the region, who has provided audio for Lollapalooza in Argentina since 2015.

“Yes, we were disappointed about having to cancel the final day of shows, but the two days we did have were amazing. The Clair Brothers i218 is the most powerful P.A. system in the industry and proved it, again and again, this year, with a wide range of acts and musical styles performing all day long with soundchecks during the night. The complete i218 system used on the Perry Ferrell stage provided lots of headroom without distortion, which made it very comfortable when mixing such a variety of bands going on, one after another.”

The familiar logistical challenge at a festival of this magnitude is making each act, no matter how divergent in style or size, sound as fantastic as possible. This year was no different.

“On a single stage, we can open with a DJ, followed immediately by a multi-player rock and roll band, followed by a choir with sixty people. It’s demanding but always exciting, especially knowing our Clair Brothers PA is more than up for the task.”

When asked about his company using another brand, Fabian doesn’t mince words. “Giordano Sonido is a Clair Brothers company. I don’t use any other loudspeakers. Why? I could say that the Clair Brothers brand is synonymous with quality speakers and that they back up their sound with great service that no other brand can ever beat. I could also say that I’m glad to be part of this beautiful family. And it would all be true! But really, all you have to do is listen to the results and you’ll understand why Clair Brothers is the only brand for me.”