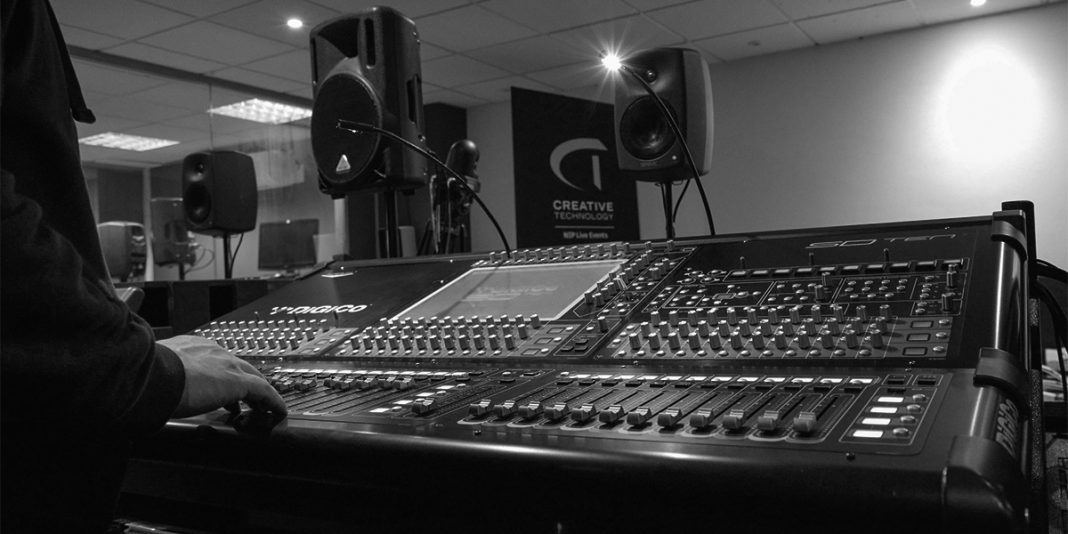 A familiar name within the touring world, Richard Young has worked with the likes of Adele, Radiohead and P!nk. However, since the lockdown, the accomplished PM has begun repurposing his skillset, delving headfirst into the world of live streaming.

Young recalled where he was when the lockdown came into effect. “I was on tour with The 1975 having just finished the last European show in Dublin,” he reminisced, going on to explain how he and the team were in the midst of packing sea containers for a scheduled US run. “We got the call saying not to put anything on the boat and the rest, as they say, is history.”

With all touring put on pause for the foreseeable, Young began searching for projects in lockdown. The solution came when the team at Creative Technology got in touch to discuss their venture into the streaming world – UNITY.

“Graham [Miller] and I always stay in contact and he floated the idea of the UNITY project way back in March,” stated Young. With lockdown escalated and the ever increasing rules put in place creating a challenging environment in which to build on a streaming studio, the PM began to doubt if they would ever get to complete the project.

“However, after some careful scheduling and workforce management, I was officially asked to participate in April,” Young explained. UNITY – which has been setup to give musicians a space to perform and broadcast to

their global fan base, now sees Young taking on the role of Production Manager for the venue. “As the space is fully equipped with touring-grade production, my role is to cross over from venue guy to working closely with the artist to ensure their needs are met without the need of bringing in additional gear,” he said. This means advancing, scheduling and being the conduit for rider info between visiting teams and the in-house crew.

As well as the usual responsibilities, Young was also one of the key enforcers for social distancing and reminding everyone of the importance of keeping safe on site. “All of my clients have done TV specials, so having the camera as the audience is not new,” stated Young, describing his transition into the new realm. “But with the added layer of working in a COVID-19 secure location is a new element that I don’t think anyone has had to deal with in such a real way.”

In closing, Young shared his thoughts on how livestreaming may manifest in the future. “The experience of performing in front of a live audience is never going to be replaced. However, as people find ways to monetise streaming, I can see it being mashed together with the live show,” he mused. “Much like the opera does now, and we might see gigs being syndicated like pay-per-view.”