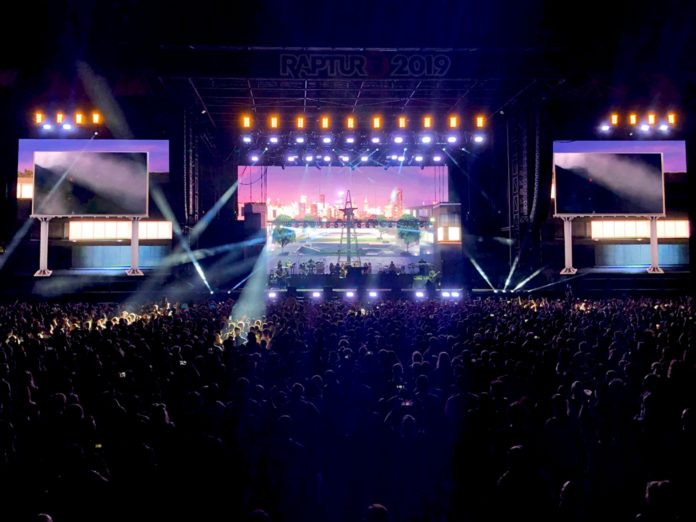 Eminem has broken attendance records around the Southern Hemisphere with his second Rapture tour of Australia and New Zealand. The five Rapture 2019 stadium shows, which featured guest appearances from Hilltop Hoods, Royce da 5’9″, Boogie, and more, included an incredible 81,000-strong audience at the Melbourne Cricket Ground on 24th February and were acclaimed “a full-blown spectacle” by the New Zealand Herald.

These shows were augmented by a total of 1494 LED panels which displayed ‘cinematic’ visuals and scenography and were driven by the powerful Brompton Technology Tessera SX40 4K LED processors and XD 10G Data Distribution Units, all supplied by video equipment and production specialists Big Picture – part of the NEP Worldwide Network.

Jeremy Moore, Head of Displays at Big Picture and Crew Chief for the tour, said that given the scale of the Rapture shows, the SX40 / XD combination was an obvious choice. “We were able to have a central processing position with multiple XD locations around the stage, minimising cable runs.”

“We needed something user-friendly and reliable,” said Moore. “Using the SX40’s allowed us to provide seamless processing and data distribution, with zero issues all tour. That’s why Brompton is currently considered the industry leader in LED Processing… Ultimately, in our eyes, we only had one option.”