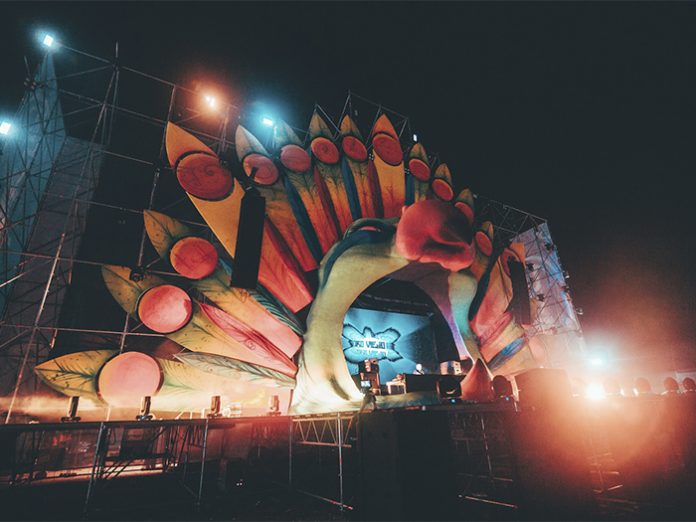 Madrid based rental company, Delta Sound Spain, were appointed to provide audio for the Little Bird stage at Medusa Sunbeach 2018, which was one of three stages within the public access festival area. Having only acquired their Bose ShowMatch system this year, they worked closely with Bose Distributor Gaplasa to quickly secure a busy Summer schedule for the new system.

Jose De La Torre, CEO of Delta Sound Spain, commented “As we loaded the system into the Little Bird Stage, operators of the sound systems on the other 2 main stages were astonished that we were setting up such a small system and seriously questioned whether it would be big enough to cope. During the event, they all came over to agree how loud ShowMatch can go and with such precision and quality”.

The Little Bird Stage was equipped with 2 12 module hangs of ShowMatch and 18 Bose SMS118 subs, configured in 6 3  high clusters, with 4 of them in cardioid mode. In addition, four units of Bose SM10 and Bose SM20 loudspeakers were deployed for front fill. Very powerful DJ monitors had 1 Bose SMS118 and 2 Bose SM20 modules on each side, with the complete system driven by PowerSoft X8 Dante amplifiers.

Over the 3 days the, Little Bird stage hosted 33 DJ’s. The Delta Sound Spain team, keen to know the opinions of the DJ’s playing on the system, received some encouraging feedback. DJ Neil had this feedback “The sound that Bose achieves in Medusa’s Stage was simply, spectacular. Awesome bass and clear sound. I hope to find this setup in many more performances”.

“This has been the most impressive year for sound at Medusa, and the Little Bird stage by Bose has stood out.” – Javier Crecente, Medusa Sunbeach Festival Promoter. With such positive feedback, the Delta Sound Spain and Gaplasa teams are all excited about what’s to come next for ShowMatch around Spain.