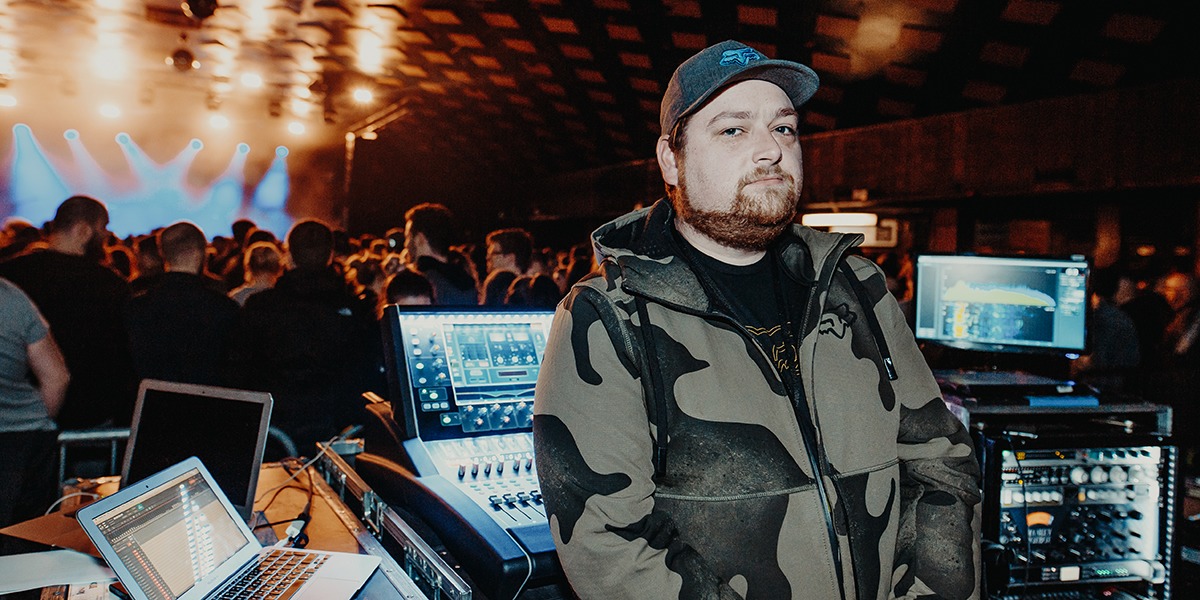 Known by many within the industry as the man behind the faders for the likes of Skunk Anansie, At The Drive-In and Don Broco, Ben Hammond has recently turned his attention to another project. With the live touring temporarily on hold, the Managing Director of Events for Rock-Tech has opted to use his time wisely and create a podcast, which aims to give a voice to fellow sound engineers, with TPi teaming up as a media partner.

“I have had the idea for quite a while now – I’ve just been too busy to put it together,” began Hammond. “Now seemed like the perfect time to start.” The FOH Engineer explained that he was inspired by so many companies offering various training schemes encouraging people to improve their skills during this period of downtime.

“In my 15 years of touring, it’s my belief that you never stop learning,” mused Hammond. “I want to explore people’s approach and way of thinking more than how they push faders. Anyone can learn how to work the gear we use day to day, but it’s they way people do it and their approach to it that gives them their signature sound – which is what gets us gigs!”

He continued: “Hopefully in this time of uncertainty, we can all come out of it armed with so much more knowledge and skills than we possessed before and hit the ground running.”

The first few episodes are already in the can, with a distinguished line-up of FOH Engineers, including: Brad Madix (Florence + The Machine), Jay Rigby (The 1975) and Dave McDonald (Adele), as well as Monitor Engineer, Bruce Danz (Avenged Sevenfold and Marilyn Manson). “We have a huge list of confirmed guests, and the response has been amazing,” enthused Hammond.

As well as partnering with TPi, Hammond has already garnered the interest of a selection of companies to aid in the project. “My company, Rock-Tech Events, is providing all the recording and video kit, and our good friends at Make Noise Pro Audio are also on board, which I’m really happy about. It’s a great team of people.”

In Hammond’s original plan for the podcast, he would conduct all the interviews at FOH on the road. However, due to the current situation and government regulations, the first few shows will be hosted from his home studio. Moving forward, the plan will very much be for The Live Sound Podcast to live on after COVID-19 is a distant memory. “You will see us at FOH sticking a camera in people’s faces in a field somewhere – this is the very start!”

The first episode will available on the TPi website and you can find more information on The Live Sound Podcast’s social media channels.