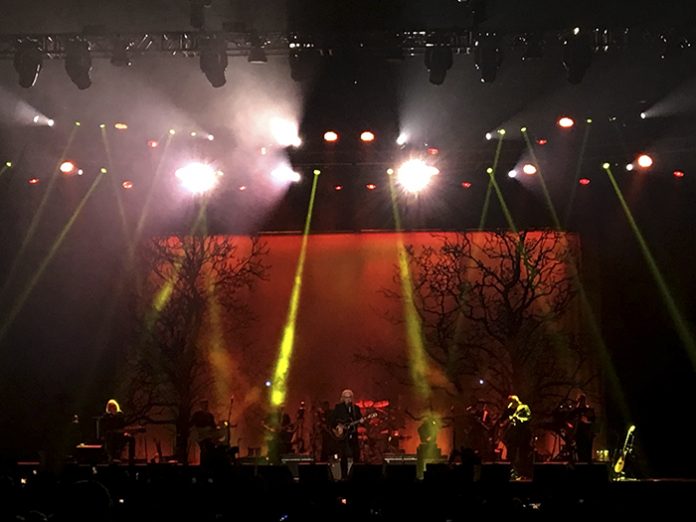 Bandit Lites donated a lighting package for 1 Night. 1 Place. 1 Time: A Heroes & Friends Tribute to Randy Travis where Garth Brooks, Kenny Rogers, Alison Krauss and others honoured the Travis. Part of the proceeds from the marathon tribute went to the Randy Travis Foundation which supports stroke research and rehabilitation.

For the tribute, Lighting Designer Thom Roberts harkened back to the direction Travis gave him in 1995. Roberts commented: “I tried to maintain that aesthetic, and to keep the show deliberate and fairly static, but with an interesting colour palette, dramatic changes when called for, and using specials to highlight the band.”

Elements of the show, such as the artists and choirs, were constantly changing up until show time, meaning Roberts had to create a lighting design that would cover the large stage and allow for quick programming.

The set featured a cut drop of tree silhouettes in front of a cyc from Travis’ previous tours, but following his stroke the drop was sold to set designer Gary Warrington of Warrington and Company, who donated it back for the event.

Bandit’s crew included a mixture of old and new faces for Roberts, including Jimmy Murray, Carter Fulgham, and Tyler Veneziano.