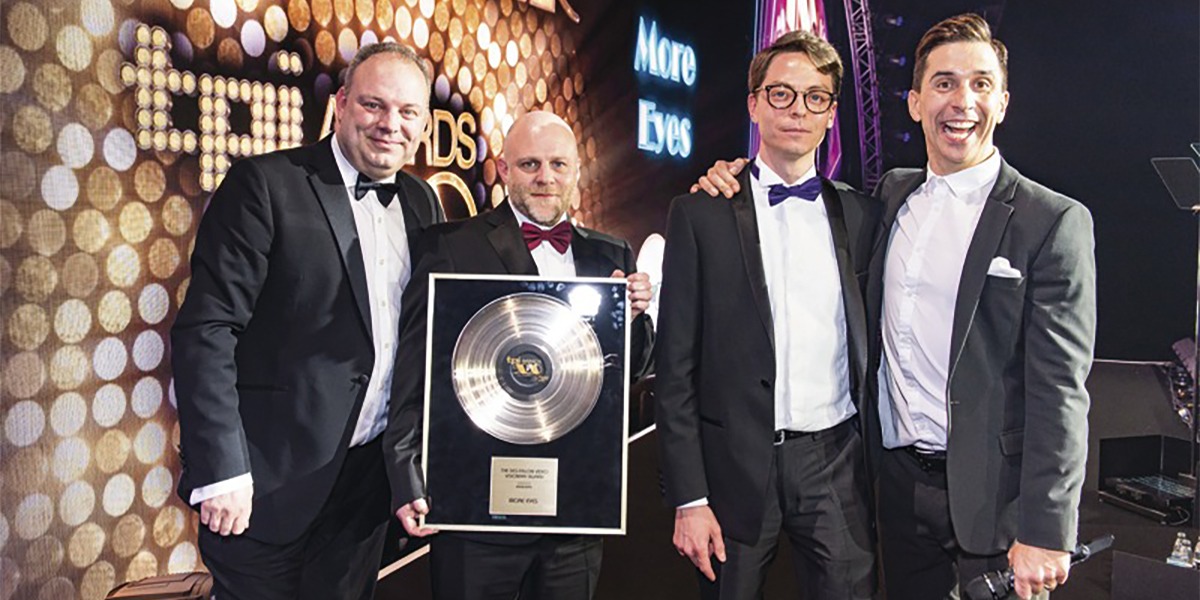 How did you start working with each other?

“We knew each other growing up, but each went our seperate ways. Years later, we bumped into each other on the dance floor at a Coldcut gig at Cargo in London. We discovered that we had both founded our own club nights. After realising that we shared a love of visuals and were both on the same trajectory, we hosted a club night, did back2back visuals for the whole night, and have worked together ever since. In those early days, we delivered visuals for underground techno parties and jungle raves for at least 12 hours straight.”

What are your touring highlights so far?

“The Dizzee Rascal Raskit Tour was great fun. We’ve also worked at Glastonbury for many years and love being involved with Shangri-La’s Heaven and Hell stages and The Gas Tower. Performing and partying alongside our fellow VJ friends is special. The Gods of Rap Tour in 2019 was also a huge highlight for us. As two computer geeks growing up listening to jungle and hip-hop, working so closely with Wu-Tang Clan, Public Enemy and De La Soul – with total creative freedom for visuals – was incredible.”

What did it mean to win the Des Fallon Video Visionary accolade at TPi Awards 2020?

“It was a welcome surprise for us because the competition was so strong. Matt had just jumped off a 24-hour flight from New Zealand and we didn’t expect anything other than a cheer as the nominations were read out. The award has gone a long way to validating the sleepless nights and hard work that have gone into building up More Eyes as a recognised company in visual production. Being able to list a TPi Award on your achievements, knowing the standard of previous recipients, really means a lot to us. The golden disc is displayed proudly in the centre of our studio.”

How are you both keeping busy during lockdown?

“We are taking the time to reignite old skills and  learn some new ones. We’ve been brushing up on Notch, disguise and AI. The More Eyes studio is still fully operational on the content creation side and we are currently working on some streaming content for online festivals, which is due to broadcast soon. We are also working a range of experimental projects using a mix of live generated visuals, VR and XR, combined with our trademark visual style and the quality that our clients have come to expect from us. With tours and live shows postponed, deadlines have been relaxed, which allows us to experiment with more artist and client content. We’ve got some bold new projects in the pipeline and are excited to continue pushing the boundaries of tour visuals and production even further.”

What is the future of the industry post-COVID-19?

“Lots of touring personnel have picked up new skills and embraced new technologies during this strange time, so it would be remiss to not utilise these skills when traditional touring returns. Combining live streaming, VR and XR experiences could become a whole new revenue stream for artists worldwide. I think we’ll witness new types of live streaming experiences as a bolt-on to real world events, once physical touring becomes a reality.”