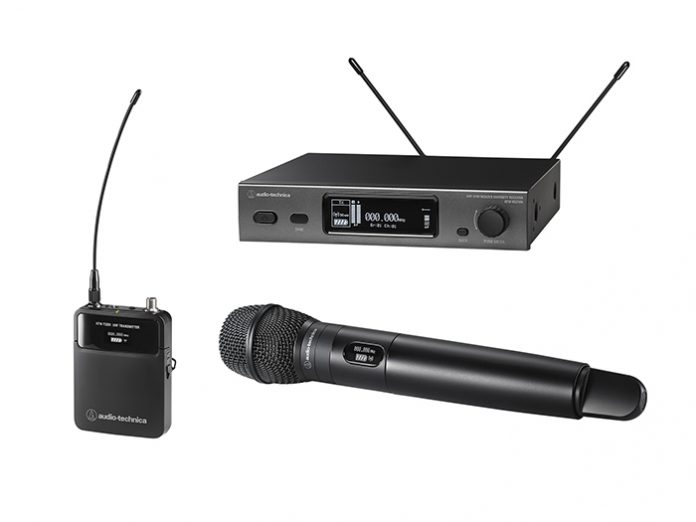 Audio-Technica has announced the expansion of its acclaimed 3000 Series Frequency-agile True Diversity UHF Wireless Systems with the addition of a network port, allowing network control and monitoring along with the same easy setup, versatile operation and richly detailed high-fidelity sound as standard 3000 Series components.

Expanding on the functionality of the standard 3000 Series Wireless System, the new network control and monitoring option is unique for a wireless system in this price category because it allows the 3000 Series to be compatible with A-T’s proprietary Wireless Manager software, a Mac OS/Windows application for remote configuration, control, monitoring, spectrum management, and frequency coordination of compatible Audio-Technica devices in sound reinforcement or installed sound applications.

The software package offers a broad range of control and management functions of networked receivers, grouped into three tabs: Device List, which auto-discovers connected compatible A-T hardware and allows users to populate a device list of Audio-Technica and other manufacturer’s wireless systems; Frequency Coordination, which allows real-time spectrum scanning via the 3000 Series Wireless with Network option or other A-T  connected network-enabled receivers, or the option of using the pre-loaded television channel database for off-site planning; and Monitor, which allows live monitoring of connected systems with the option of filtering the displayed devices by assigned tag groups. Parameters monitored include AF, RF, battery, transmit power and more.

Audio-Technica’s 3000 Series wireless systems give users the power and flexibility to operate within the congested UHF spectrum. With a 60 MHz tuning range, which is more than twice that offered by the previous versions, 3000 Series systems are available in two frequency bands: DE2 (470–530 MHz) and EE1 (530–590 MHz).

Frequencies can be easily scanned and selected on the receiver and then synced with the transmitter via IR sync functionality. The 3000 Series also lets users set a backup frequency that can be quickly swapped by pressing the transmitter’s multifunction button in the event of unexpected interference.

The Audio-Technica 3000 Series with optional network control and monitoring (indicated by an “N” in the model number) is available February 2020.