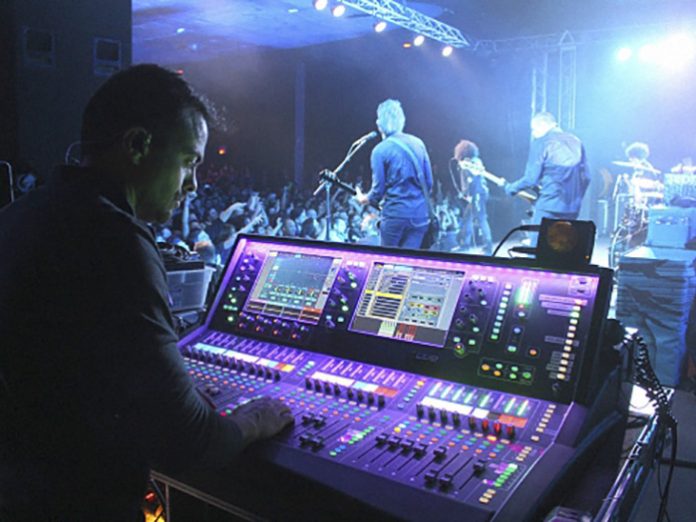 Currently on tour in support of their fourth studio album, in•ter a•li•a, the American Punk-Rock At the Drive-In band has performed in Europe, Mexico and America and carries a rider that specifies an Allen & Heath dLive S Class S5000 Surface and DM64 MixRack for monitors.

Jason Brandt, Monitor Engineer, says he inherited the dLive from At The Drive-In’s previous monitor engineer. “I walked in there never having touched the console. But, the dLive’s configuration is very powerful, and super intuitive. I was able to set it up exactly the way I wanted it.”

After the tour was under way, the band reduced its equipment load by focusing on its in-ear monitors. But, they began with a mix of wedges and in-ears along with over 30 sources and Brandt commented: “I never ran out of busses or DCAs or anything on the dLive.”

A Mac computer with DAW software allowed Brandt to record each show and play it back during setup using the dLive’s Virtual Sound Check feature. He used an iPad, with the dLive MixPad app, to help set up his mix for each show. “That was very useful,” he said. “I could walk around and even sit on the drum stool and listen to my mix during setup.”

Brandt designed a separate mix for each musician and he split and duplicated input channels allowing him to feed the same input to each band member with different EQ, compression, effects and gain trim. He used the dLive’s Waves card with Waves’ Vocal Rider compression to control At The Drive-In’s dynamics. He also used Waves and Eventide effects routed through his Mac and returned via the dLive’s Dante card. Brandt assigned a dLive layer to each musician’s mix along with a layer for effects returns and a “show layer” which included DCAs and “everything else I needed”.

When Brandt first joined the tour, each band member told him, “I want it to sound like the record.” And, he commented: “At The Drive-In is very dynamic. On some songs they literally whisper and on some songs they’re screaming. But, I knew they could hear very well on stage with the help of the dLive.”