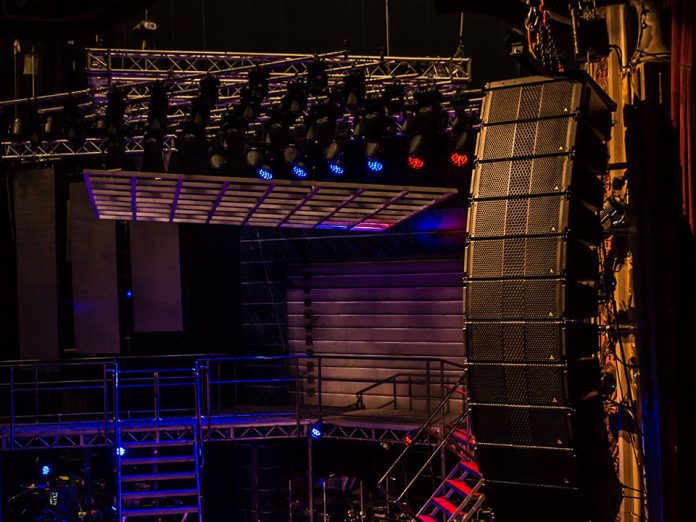 Students from the Royal Conservatoire of Scotland (RCS) achieved critical acclaim after staging the West End and Broadway hit show in both Glasgow and Edinburgh.

The Warehouse, alongside the RCS’s Sound Designer, Calum Paterson and Lecturer in Sound, Gavin Jenkinson, developed a complex sound design for the show.

The production was staged by the creative team behind the Conservatoire’s critically acclaimed productions of Cabaret and West Side Story and brought together technicians, artists, musicians and performers from across the RCS.

Professor Andrew Panton, artistic director of musical theatre at the Royal Conservatoire of Scotland, commented: “Chess is by far the most technically ambitious production we’ve ever tackled and, once again, the process has been special because of the student, staff and guest creative team collaboration.”

The layout of the 2000 capacity auditorium was the main audio challenge as the sloped stalls seating and two levels of sloped balcony seating, which wrap around all three walls. This requires a lot of vertical coverage, as sound designer Paterson wanted to reach every level with the main hangs.

In order to ensure even coverage for every seat in the house, 24 Adamson S10 line array sound speakers where flown left and right of the stage. A total of 8 S119 subwoofers were also utilised to reinforce low end all powered with Lab Gruppen PLM20K44 amplifiers. A Digico SD10 mixing console was used on front of house with 24 ways Shure UHF-R radio mics for the cast and a mix of AKG, Shure, Sennheiser and DPA microphones for the 27 members of the orchestra.