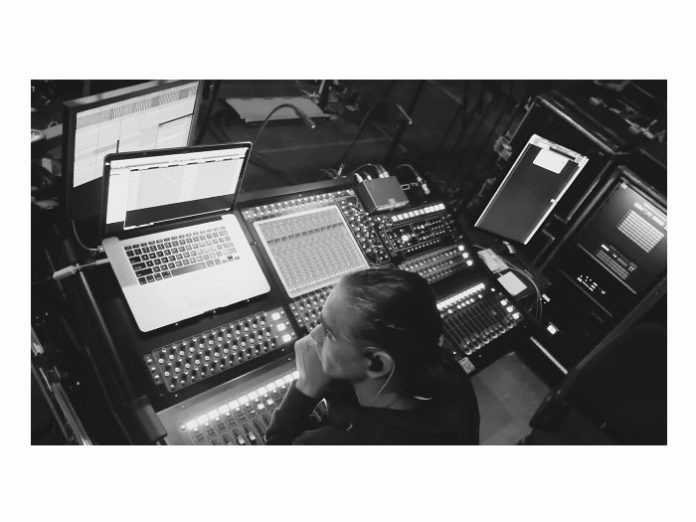 For their current Meet You There tour Australian pop-punk band, 5 Seconds of Summer (5SOS) have at stage left position, Pavan Grewall working from his trusted DiGiCo SD10 console.

Grewall is adept at both FOH and monitor roles. He has flown faders at FOH for a number of well-known artists including Meghan Trainor, Nick Jonas, and Carly Rae Jepsen, with whom he spent five years touring the world.

His current role as monitor engineer with 5SOS is one he is enjoying: he has been working with both the band and the DiGiCo SD10, supplied by Adlib – Sound, Light & Visual Solutions, for 18 months. It is the overall functionality, ease of use, and sound quality of the console which has made it his go-to desk.

“I’m running an SD-Rack and a SD-MiNi-Rack to accommodate the additional inputs for this show,” he said. “And I really love the mic pres on the SD10: they’re so transparent, and that’s what I really enjoy – and actually, that’s what I need– for working monitors, because ultimately, I am trying to give the band the truth of it.”

“The guys are very easy to work with and know what they like to hear. Occasionally, the drummer might ask me to jazz up a mix, or something, which is cool, and very easy to do on the SD10 – but with this console, I ultimately get more of what is actually happening, as it delivers a very pure sound.”

Grewall uses Snapshots for everything within the show, which he says keeps the mixing process as simple as possible.

“I also have a Snapshot for anything that needs to be done every day,” he revealed. “For example, there is a portion in the set where Michael [Clifford, guitarist] and Callum [Hood, bassist] switch vocal mics, so that happens with my Snapshots. And I take timecode to trigger that. The internal FX within the console are also excellent – I use them on everything, along with a few Waves plugins, just as extra tools when I need them.”

The successful 5SOS Meet You There tour ran from August to November last year, kicking off in Osaka, Japan, and finishing up in Madrid, 52 shows later, with Grewall’s SD10 not missing a single beat.