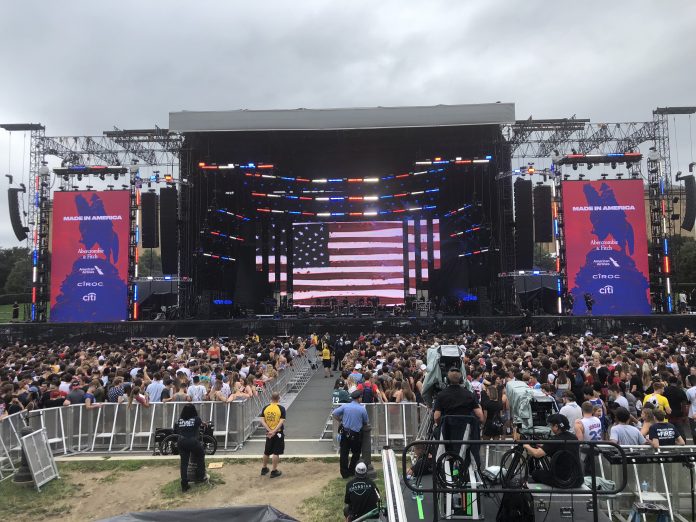 Hippotizer Dealers, 4Wall Entertainment, take stock of 14 new Hippotizer V4+ Media Servers, some of which marked their first outing at Jay-Z’s 2018 Made in America Festival.

With 10 locations across the US, 4Wall Entertainment has been providing creative solutions and rental gear for some of the most impressive shows and projects across the US.

Becoming a dealer for the Hippotizer Media Server range in 2017, 4Wall’s sales and rental divisions have carried a large inventory of lighting and video equipment nationwide, and as dealers for the industry’s top manufacturers, 4Wall continues to provide affordable lighting and video options for countless venues and productions, backed by tremendous service and support.

Supplying 6 of their new additions to the Labor Day weekend Made in America Festival, the event at the Benjamin Franklin Parkway attracted nearly 150,000 spectators to this annual celebration of music and culture, curated by Jay-Z, and designed by Patrick Dierson of The Activity. Headline acts included Kendrick Lamar, Nicki Minaj, Zedd, and Diplo.

These two models are the most popular Media Server products for the Rental and Concert market due to their versatility. All three of these stages utilized Datapath’s FX4 to split up the 4K outputs from each server into the required number of HD sends to the LED processors for each stage. Rocky and Liberty stages also received IMAG feed from the broadcast trailers, allowing effected IMAG to be displayed with minimal latency.

The servers ran on the soon-to-be-released Hippotizer V4.4 software, allowing the programmers to utilize some of the newest features, including Crossfade-On-Layer, VideoMapper-On-Layer, and expanded support for Color Blocks, allowing the lighting console to generate imagery on the fly, without the need for pre-rendered media.

Each stage had a unique layout of LED screens (ranging from 6-12 individual screens on each stage), and Hippotizer’s workflow allowed the programmers to quickly and easily adapt both stock content and artist-provided content in various formats and resolutions to fit the screen configuration for each stage.