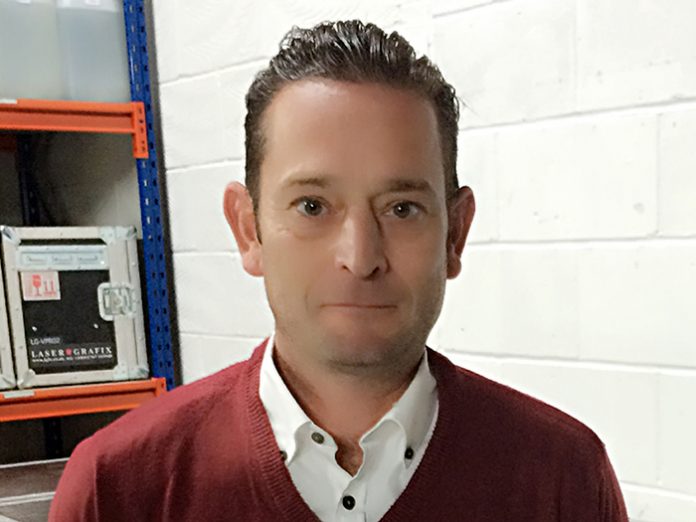 The Laser Grafix UK team have welcomed a familiar face back to the family, Richard Hawkins. After training as an aircraft engineer, Richard joined Laser Grafix in 1994 working his way up from the hire department to the technical sales department and eventually as the event production manager, when he left in 2004.

In his absence from the Laser Grafix family, Richard Hawkins mentioned, “I have kept in touch with the fascinating change in laser products and equipment in the past years. Long gone are the days of very heavy, power and water hungry equipment to produce just a few watts of laser light; where now you can get huge amounts of power from something no larger than a briefcase.”

On leaving Laser Grafix, Richard went to work for Creative Media Techniques, a multimedia based company where he gained further experience in laser technology, video projection, lighting, holographic effects and an assortment of interactive products. In early 2014, Richard then joined Arcstream AV, a specialist interactive integration company, as the Business Development Director and soon after moved to Client Services Director.

In Richard’s 22 years in the industry, he has been involved with numerous high caliber events such as managing the technical production for the inauguration of the Shard in London. The project included 40 searchlights and numerous lasers projecting out from the building to show the visual link from the new modern building to its historic surroundings. Among his diversified experience, Richard also created a stage hologram of Richard Branson, for the launch of the Virgin Digital brand in the basement of the Virgin store in London.

“I am delighted to be re-joining Toby and the team at Laser Grafix in the UK as Business Development Director. I am looking forward to growing new avenues of business, establishing new business relationships, rekindling some old ones and making an already successful business the most preferred laser display company in the UK.” Concluded Mr. Hawkins.