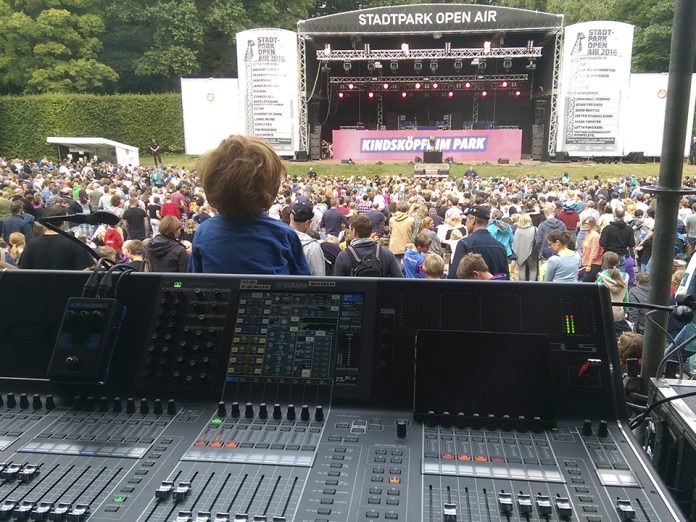 Since 1975, audiences have flocked to the Freilichtbühne open air stage in Hamburg’s Stadtpark each summer to enjoy an eclectic selection of music – including pop, rock, hip-hop, soul, singer/songwriters, children’s entertainers and much more. Production Company Cobra Sound Light relies on Yamaha digital mixers to ensure each night’s programme is enjoyed without a hitch.

Because of the variety of shows, the production needs of each vary greatly. “All the different artists requirements can mean a lot of changes to the equipment used for each show,” said Cobra Sound Light’s Trevor Wallace. “Luckily for us, Yamaha is at the top of most audio riders, a brand we have been using for many years.”

Wallace himself has been using Yamaha consoles since he started in the business in 2005, both working for rental companies and as a touring engineer. For the Stadtpark summer season, international artists usually bring their own engineers and consoles, or specify a console (usually a Yamaha CL5 or QL5) from Cobra. However for the smaller acts – including most of the support performances – Wallace does the FOH and monitor mixes on a Yamaha QL1.

“The stability and ease of use of Yamaha desks are big plus points for visiting engineers,” said Wallace. “I have yet to meet an engineer that doesn’t know their way around a Yamaha desk, while the Neve processing is also very popular.

“For me, it is great being able to use the StageMix app. I can take my iPad to the stage and quickly get monitors dialled in for the support act, in what is usually a very short soundcheck window.”