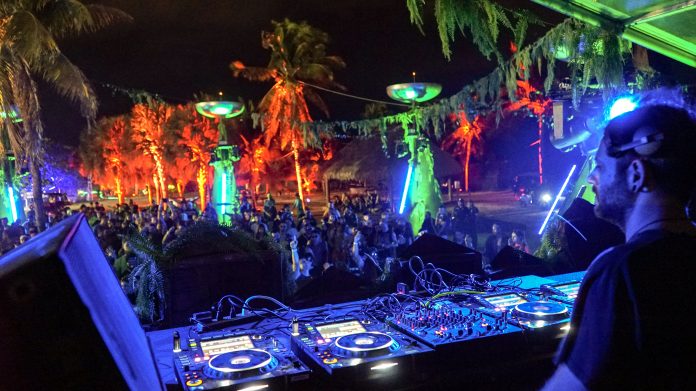 After a year’s absence, Winter Music Conference returned with a refreshed perspective to Miami Beach this year, as an official part of Miami Music Week. The iconic event brought together music enthusiasts, artists, DJs and industry professionals from more than 70 countries and staged a schedule of around 400 seminars, workshops and parties, culminating in the Ultra Music Festival.

Xone is a supporter of the event and its team was located in the artists’ suite at The Faena Bazaar Rooftop, meeting current Xone DJs and inviting new DJs to get hands-on with the Xone:96 in the booth. WMC reported excellent attendance figures of more than 1200 conference attendees. Xone also supported a number of events across Miami Music Week, including the Desert Island live stream from the middle of Miami Bay, with sets from the likes of Mark Houle, Mike Miro and Crowd Control, as well as the Deeperfect vs, Descend Pool Party at The National Hotel, featuring Stefano Noferini, amongst a number of high profile b2b sets all using Xone:96.

As always, Miami Music Week culminated in the spectacular 3-day Ultra Festival which takes place across four stages over three days, attracting daily crowds of over 50,000. More than 20 DJs from across the globe used Xone products onstage. Armin Van Burren, SASHA, Jamie Jones and Joseph Capriati were just a few of the big names flying the Xone flag.