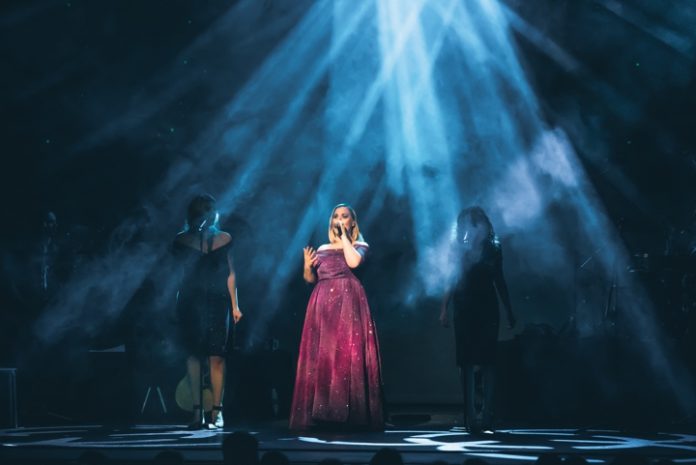 WORK PRO’s versatile LightShark DMX-based hardware lighting console is making life on the road much easier for PA and lighting company Black Cat Audio, which is currently deploying the console on the international theatre show Someone Like You – The Adele Songbook.

With the hectic UK touring schedule to contend with, Black Cat Audio needed a small footprint lighting console that was quick to set up, easy to use and capable of dealing with a wide variety of venues – from 350-seater arts centres to large 2,000 capacity theatres.

“We looked at a number of alternatives but the LightShark console was the only one that ticked all the right boxes,” said Black Cat Audio’s Technical Director Adey Osbourne. “It has a lot of interesting features that we really like, such as a proper hardware unit with faders and built in software so that you don’t have to download anything to a computer. But what really sold it to us was having a core that can be controlled from a laptop, tablet or even an iPhone. It is perfect for a medium-sized touring show because it isn’t too large or too complex to operate.”

Someone Like You – The Adele Songbook is a live concert performance, celebrating the music Adele. Conceived and produced by Chameleon Music Marketing, the show features Katie Markham leading a talented six-piece band through Adele’s hits plus much more in an internationally acclaimed show.

The show recreates Adele’s three record-breaking albums 19, 21 and 25. Someone Like You also pays homage to some of Adele’s musical heroes, from Etta James to George Michael. Northamptonshire-based Black Cat Audio has been providing lighting and sound services to the show since its inception.

“At the end of last year, we redesigned the show and decided to invest in some new equipment including the LightShark,” Adey Osborne said. “We had rehearsals at the start of this year, which gave us our first opportunity to use LightShark and start to programme the sequences we wanted. Since then we’ve been fine tuning as we’ve gone along. I really like the fact that it is very easy to create profiles – and that we can do this on the road.”

“We are using our own rig so that we can deliver continuity at every venue,” he explained. “The LightShark controls everything, from the position and movement of the lights to the colour changes and Gobo’s. And all this can be done from either the console or from a tablet or iPhone, which means our lighting engineer Karl Thompson is free to walk around the theatre and actually see what is happening rather than being stuck in one position.”

Osbourne added that the reaction to LightShark has been very positive and whenever the tour visits to a new venue, the lighting technicians are keen to see what it can do.

“I think this console has a great future because it is ideal for so many different applications,” he said. “It is perfect for medium-sized touring productions like ours, but it also has a lot of potential in fixed installations like theatres and arts centres, as well as nightclubs and Houses of Worship. For its price, it packs a lot of punch and I can’t see much else that competed with it in this segment of the market.”